Dag Hammarskjold, His Critics, and the United Nations in 1956

Wm. Roger Louis from the University of Texas discusses the extremely significant role of Dag Hammarskjold in the 1956 Suez Crisis, a pivotal point in UN history with an impact still felt in today's peacekeeping missions.

Dag Hammarskjold, His Critics, and the United Nations in 1956

Dag Hammarskjold was more controversial as UN Secretary-General in his own time than the afterglow of later decades might suggest. At the time of the Suez crisis in 1956, his critics denounced him as pro-Egyptian while David Ben-Gurion of Israel proclaimed that he was “our number one enemy after Russia.” Hammarskjold not only helped to resolve the Suez crisis but also set in place the UN Emergency Force, which became the conceptual centerpiece for all future UN peacekeeping operations.

Wm. Roger Louis is Kerr Professor at the University of Texas at Austin and twice a Fellow at the Woodrow Wilson Center. He is a past President of the American Historical Association. His books include The British Empire in the Middle East (1984) and Ends of British Imperialism (2006). With Avi Shlaim he is the coeditor of The 1967 Arab-Israeli War: Origins and Consequences, to be published by Cambridge University Press in January 2012. 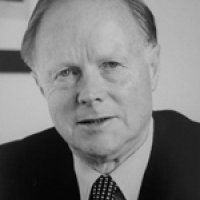