The forum examines the results of several studies in WRI's Representation, Equity, and Environment working paper series, which seeks to determine how developing countries' efforts to decentralize and democratize natural resource management (NRM) have affected local-level NRM and democracy.

"Most developing countries right now are engaged in some form of democratic decentralization," explained World Resources Institute Senior Associate and former Wilson Center Fellow Jesse Ribot. "I haven't found any that does not claim to also be decentralizing some aspect of natural resource management. These decentralization reforms aim, basically, to create a situation that is more equitable, more efficient, [and] more effective at implementing projects on the ground." Ribot was joined by several other experts on natural resource management and governance at "Decentralization and Democratization of Natural Resource Management," an April 28, 2008, event examining the results of several studies in WRI's Representation, Equity, and Environment working paper series, which sought to determine how developing countries' efforts to decentralize and democratize natural resource management (NRM) have affected local-level NRM and democracy.

Do Decentralization and Democratization Really Work?

To decentralize governmental control "in a country that has not had local democracy takes decades, if not centuries," said Uma Lele, a University of Maryland visiting professor and longtime World Bank official. Several difficult questions confront those working to decentralize governmental functions in developing countries, said Lele: "How do we go about making choices of what institutions one should choose in different circumstances? How can we develop indicators on what progress we are making…[in] creating effective institutional pluralism, rather than just talking about it? What is that likely to do in terms of outcomes on biodiversity conservation, poverty reduction, et cetera?"

Studies presented by Ashwini Chhatre and Solange Bandiaky were drawn from a subset of nine papers—part of the larger WRI program—that evaluate a "choice and recognition" framework for describing the dynamics of NRM democratization and decentralization. "Choice" refers to which local authorities central governments, large donors, or NGOs choose to partner with, and why. "Recognition" refers to the effects of choosing to partner with one organization over another. The working paper authors examined three aspects of recognition:

Calling this framework "very useful," Lele urged the authors to develop it further, as political and sociological perspectives on decentralization are lacking in donor institutions, which have long been dominated by economists.

Ribot presented four main findings on NRM decentralization and democratization gleaned from the completed working paper series, which will be published in an upcoming issue of Conservation and Society:

A Case Study From India: Decentralization and Accountability

Donors are under intense pressure to produce measurable results, explained Lele, and they often create their own institutions in order to demonstrate results and enhance their ability to collect data. "Parallel institutions undermine—often—the existing institutions," she said. "We've known that for a long time."

In 1994, the Indian government passed the 73rd constitutional amendment, which gave greater power and responsibility to the panchayats, or village councils. Panchayat elections were held in 1995, 2000, and 2005, and now, "parallel institutions have almost disappeared—or, where they exist anymore, they are subservient to the panchayats," said Chhatre. In India, most donors now prefer to work through the panchayats, rather than setting up their own local institutions.

"Institutional choices are being made in a wider context, and whether that context is democratic or not makes a difference," argued Chhatre. For instance, in India, where there is a long history of vibrant democracy, local governments are more likely to be downwardly accountable to local citizens and communities than in a less democratic country.

Yet decentralization can be important even in non-democratic countries, explained Andrew Selee, director of the Wilson Center's Mexico Institute. "Where national institutions aren't democratic, there are some advantages to having local participation as a way of creating accountability that we may be able to expand at a time of democracy," said Selee.

A Case Study From Senegal: NRM Decentralization, Gender, and Inequality

In 1996, the Senegalese government transferred nine areas of jurisdiction—including NRM—to local authorities. Yet this decentralization has not empowered all citizens equally, said Bandiaky, who examined gender inequality in the management of the Maladino Reserve, which is located next to Niokolo Koba National Park in southeastern Senegal. The Senegalese government and the World Bank created the reserve in 1997 to conserve biodiversity and alleviate rural poverty. Using the "village approach" to governance, the reserve is managed by local committees—mostly comprising traditional leaders—and its management charter is based on local rules and regulations.

Although the committees have the power to sanction the population for violating the charter, the citizens have no way to sanction the committees for unfairly administering the reserve, a situation that has perpetuated old inequalities and generated new ones. For instance, members of the dominant ethnic group, the Fulani, receive a disproportionately large share of the food and seeds distributed as part of poverty alleviation efforts.

In addition, women hold only 5 of 20 positions on the reserve committee, and the positions they do hold tend to be marginal in importance. Donors require projects to attain a certain level of gender equality, but often, explained Bandiaky, the women who hold positions on paper do not actually participate in reserve management—and, in some cases, are unaware that they even hold these positions. Furthermore, the women chosen for committee positions are generally selected "based on kinship and friendship," instead of being elected by their peers, so they are frequently "co-opted by male leaders, who are their parents, husbands, or friends." Consequently, women serving on committees tend to legitimize men's decisions, "rather than giving voice to the concerns of other women," she said.

"Gender matters because men and women have different relationships with institutions" and have different kinds of access to various resources, explained Bandiaky, who argued that "in environmental project design and implementation, these gender differences and power relations are generally inadequately addressed."

Selee called for additional research on how to ensure that participatory mechanisms like management committees bolster equal representation, rather than perpetuating existing social inequalities. "Often, we think of civil society as kind of pure and separate [from the political realm], and I think you guys make a great point of the need to get civil society immersed in representation, in politics. It doesn't mean they turn into parties, but that you don't think of them as completely separate. Participation is part of representation."

Drafted by Rachel Weisshaar and edited by Meaghan Parker. 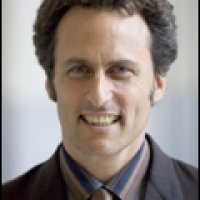 Associate Professor, Department of Geography, University of Illinois at Urbana-Champaign