The Mexico Institute was pleased to host the latest installment in the series of Dialogues with Mexico/Diálogos con México, featuring Andrés Manuel López Obrador, former mayor of Mexico City.

The Mexico Institute was glad to host Andrés Manuel López Obrador, former mayor of Mexico City, for its latest installment in the series of ‘Dialogues with Mexico/Diálogos con México’. The former mayor has been a leading voice in Mexican politics for several decades and as such he shared and discussed his vision for Mexico’s future at the Wilson Center. The United States and Mexico should de-militarize the bilateral agenda and refocus efforts on long-term development aid, argued Andrés Manuel López Obrador. In his first speech in Washington, López Obrador, who represented the center-left Party of the Democratic Revolution (PRD) as a candidate in the hotly contested 2006 presidential election, called for stepped-up efforts to address poverty and other structural shortcomings, which he suggested force many young people into drug trafficking. AMLO, as the former Mexico City mayor is known, spoke on behalf of the National Regeneration Movement, a progressive grassroots political organization that many believe could play a role in the upcoming 2012 presidential election. Lic. López Obrador ran for president of Mexico in the hotly contested 2006 election as the candidate of a coalition of left-leaning parties including the Partido de la Revolucion Democratica (PRD). Before 2006, he served as Mayor of Mexico City from 2000 to 2005 and as President of the PRD between 1996 and 1999. In the time since his visit to the Wilson Center, AMLO has become the PRD party’s official candidate in the upcoming Mexican presidential election in 2012. 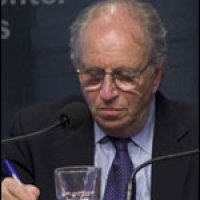