In February 2019, former San Salvador mayor Nayib Bukele won election as president of El Salvador in a first-round victory.  At age 37, Bukele ran as an outsider; he communicated with his supporters via social media and attacked the country’s two dominant political parties—ARENA of the right and the FMLN of the left—for failing to curb corruption, rein in rampant gang violence, or create economic opportunity.

One year after his inauguration, Bukele’s popularity ratings hovered between 80-90 percent.  But his governing tactics—sending the armed forces into the legislature to coerce a vote on security spending, ignoring Supreme Court rulings challenging the government’s COVID-19 lockdowns, and harassing independent media, human rights groups, and opposition politicians—have raised alarm inside El Salvador as well as abroad.  In mid-January 2021, scores of prominent politicians, private sector leaders, and representatives of the Catholic Church and civil society organizations condemned Bukele’s “persistent efforts…to erode our democratic order.”

Ahead of El Salvador’s February Legislative Assembly elections, we discuss the challenges to Salvadoran democracy nearly 30 years after the negotiated settlement of its brutal civil war.

“We have major concerns, which is that President Bukele is using the tools of democracy to destroy democracy with his increasing authoritarian pattern. His administration systematically undermines the rule of law, threatens the separation of power, and there is no commitment with accountability and transparency.”

“The Salvadoran democratic institutions are, in general, well designed, but their performance has not met the level of expectations of a modern society, especially the younger generations. We can never take democracy for granted.’’

“Since the signing of the peace accords, we have had the opportunity to experience civil liberties and more stability in relation to other countries in the region. But we have been battling with very serious problems, like gang-related violence, corruption, inequality, lack of education, and migration. We also need to recognize that we have had advances in free elections, freedom of speech, access to information, apolitical armed forces, and an independent constitutional court. But, the trust in the traditional parties has eroded.

“At the beginning of his mandate, many people gave him the benefit of the doubt, but a year ago, on February 9th, there was an inflexion point with the militarization of our Congress to intimidate and force legislators to vote for his security plan.”

“The COVID-19 pandemic helped accelerate his authoritarian [conduct]. He has ruled by executive orders outside the legal framework, invading the legislative powers and being defiant with the constitutional chamber rulings…Independent media have published investigations related to possible corruption cases in the management of COVID-19 funds and contracts. The government’s reactions have been to attack media outlets and even promote hate speech with his followers. Free of expression and press are under attacked.”

“El Salvador was the most violent country in the Americas and 40 percent of people…in 2017 told pollsters from the Central American University (UCA) that they wanted to leave the country within a year. The highest rate since the UCA started asking that question a decade earlier. So, there are of course some positive things, health and education spending had been boosted under the FMLN; and the very fact that corruption came to light speaks of improvements in the justice system, which both parties helped pass into law. … But, these kinds of incremental steps often serve to highlight just how much is still lacking…when anti-corruption investigations finally start to land politicians in jail, often the public’s perception of corruption goes up, not down. And, that was the message people sent at the legislative elections in 2018, in which 1 in 10 voters defaced their ballots and a record 58 percent stayed home.”

“So, into this scenario comes Nayib Bukele…even though he originally rose in the FMLN, he was very successful at painting himself as an outsider. A part of this is because he is young, he was born the same year as the El Mozote massacre and entered politics many years after the war. The fights that he started within the FMLN got him kicked out in 2017, but left him plenty of admirers. He is a very skilled communicator and he figured out social media before anyone else did. Everyone in El Salvador knew, for example, that the young mayor of San Salvador was doing ‘una obra por día’ or ‘one project everyday’ and that he reformed the historical center of the city.”

“So, in an era of populist politicians capitalizing on anger with ‘politics as usual,’ it’s not hard to see why he won.

“There’s also a younger contingent in El Mozote and certainly in El Salvador who didn’t live through the war and whose dominant feeling about the peace accords is not one of hope and relief for what they were marking an end to, but frustration about everything that has followed…what happens in the [2021 legislative] elections coming up will be really telling about the degree to which Salvadorans have lost faith not just in the traditional parties but also, I would argue, in the democratic foundations and institutions of El Salvador.”

“Our economy has contracted 8.6 to 9 percent, which is very serious. This has resulted in about 118,000 jobs lost – which is a lot for this country – that includes the formal sector. About 2,200 businesses have shut down, they have stopped paying salaries. But, the most difficult data perhaps is that about 1.9 million people have now receded into poverty. Apparently, we are now at 41 percent, coming from 31 percent of our population suffering poverty, and of course the poorest are the ones who suffer the most…On a positive note – there have to be some positive notes – Salvadorans abroad have shown great solidarity for their countrymen. Remittances have increased to 23 percent of GDP and now we have achieved almost $6 billion of remittances. And this helps of course to balance the current economy of the country.”

“The President, his party and his allies will find newfound power by gaining a majority, perhaps a controlling majority in the Legislative Assembly, which will allow him to impose his agenda…He might seek a deal with private enterprise in order to have allies in creating jobs and investment. But, as they say, ‘once bitten, twice shy.’ Private enterprise is not buying confidence in the president yet. It will result in a worsening economic situation, serious additional threats to institutionality, freedom of the press and possibly more deterioration of government.”

“The President … believes that he is not the representative of the people but the incarnation of the people. That means that what he thinks or wants is, by definition, the will of the people and what they need.”

“In a democracy, the bureaucracy has to be honest, has to be by merit, and be what the law says. The main argument for putting somebody in the government is the loyalty to the president, not to the constitution, but to the president. And this is the open door for corruption.

“We have to recognize that the president had a strong support from the population, but it is slowly going down, especially in the last eight months. The government tends to support itself in the police and the armed forces. This is the story of Venezuela and Nicaragua, and this is what is being repeated in El Salvador now…’’

“It seems to me that, in El Salvador, the center of his political crisis is the democratic institutionality. This is the one being destroyed. If we destroy the institutional democracy in any country, no matter how weak it is, then the only alternative is dictatorship.”

What we are seeing now under Biden is a new clear policy direction, which is different and it is broader. The emphasis, yes, it is on development, but it is tied to progress in such other areas as corruption, especially corruption.”

“…Juan González from the White House gave very clear signals in his comment which went something to the effect of ‘a leader who isn’t ready to fight corruption will not be an ally of the United States.’ There is no confusing this message. The point is consonant with Biden’s work in Central America when he was Vice President. It is about accountability, it is about transparency, and it has to be about long-lasting permanent changes.”

“Another promising tool is the newly legislated ‘Engel list,’ which acknowledges and really faces the reality that in order to make long-term, sustained progress in the Northern Triangle there has to be a commitment from regional leaders to democracy, transparency and accountability. The bill requires publication by the U.S. government of a list of individuals from these countries, of course including El Salvador, who are engaged in significant corruption and the undermining of democratic institutions and ensure that they will be denied entry visas into the United States. The public aspect of this law is really very important and I think it is going to make headway in this area.”

“Everyone here knows that the previous model of governance consisted of the executive branch simply bribing the legislative branch through shady deals using secret ledgers. This illegal and corrupt way of buying and selling influence is over. The civil war caused the death of more than 80,000 Salvadorans. The post-war era prompted a second war, a war of a social nature, started by criminal gangs. This second war has brought about the violent death of more than 100,000 Salvadorans. Furthermore, this second war triggered the migration of three-quarters of our population, severely impacting the social fabric of our society. Over the last 30 years, our diaspora settled here in the United States, in Canada, and in other countries. Its members have sent nearly $100 billion dollars in remittances back to El Salvador. Nevertheless, the conditions that have caused Salvadorans to leave are finally changing under this government.”

“Thanks to President Bukele, violent crime has plummeted. Gang violence and drug trafficking are being controlled for the first time. Critical prison reforms are being implemented, and investment in a much-needed law enforcement system is meaningfully improving life for the Salvadoran people and addressing the root causes of migration. Public investment is also on the rise, specifically in green technology, sustainable energy, and infrastructure development. My country’s roads, ports, bridges, tunnels, and airports are being improved and updated after decades of neglect. It is no wonder why President Bukele enjoys such high approval ratings both at home and abroad. For the cynics who may dismiss domestic approval numbers as artificial, I would encourage anyone living here in Washington, or, say, New York City, Los Angeles, or Houston, to ask a Salvadoran what they think of President Bukele. Ours is a citizen’s government, and since January, 17 different polls have rated President Bukele with 96 percent approval.” 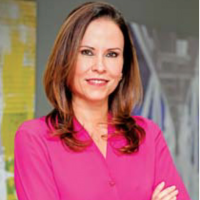 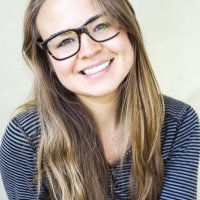 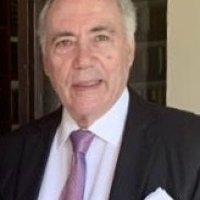 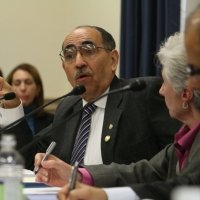 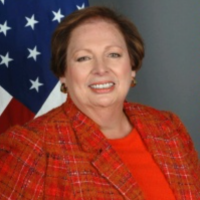 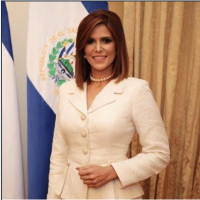 Ambassador of El Salvador to the United States