Elections in the Time of COVID-19: Brazilian Edition

In Brazil and the United States, both continental-sized democracies, holding national elections takes significant planning and management—and COVID-19 has only brought new challenges to election authorities in both countries. But unlike in the United States, where more than 3,000 counties are each responsible for their own electoral process, the supervision and administration of elections in Brazil falls largely on the Superior Electoral Court (TSE): the highest body of electoral justice in Brazil. In coordination with the regional electoral courts, the TSE has been tasked with protecting poll workers and voters alike in more than 5,500 cities across Brazil during the upcoming municipal elections.

On November 2, the Brazil Institute was honored to host an online conversation with President of the Superior Electoral Court, Justice Luís Roberto Barroso, and the Co-Chair of the Brazil Institute Advisory Council, Ambassador Thomas A. Shannon, Jr.,  on the preparations for the Nov. 15 municipal elections—when more than 145 million voters go to the polls in 5,500 cities across Brazil—, the twin challenges of COVID-19 and disinformation, and observations on differing electoral processes in Brazil and the United States.

“We live in a world in which people make million dollar transactions using the cell phone so it doesn’t make much sense to discredit the electronic ballot. If you can transfer huge amounts of money, of course you can send your vote safely. It’s just a matter of having the proper system.”

“What I see is that elections here are basically as polarized as they were in Brazil in 2018. I think the world is very polarized to be true. What I see is that there is some degree of polarization all over history [...]. We both are members of the generation that saw the polarization between capitalism and free markets and socialism and planned economies. Polarization is nothing new. What I think is new (and we’re dealing with this time in the elections) are the pandemic and the other thing is the use of the social network and the trouble brought by misinformation campaigns. That’s a common problem we also have here in Brazil.”

“One thing that the poor use of social media does is to deteriorate, compromise the public debate. Democracy is not made only of votes, but it’s also made of exchanging reasons, of public debate, of presenting arguments and of course, this misinformation and disinformation campaigns do affect the quality of the public debate so they do harm to democracy. From 2018 up to now, one thing that changed was the position of the tech companies - the social media. In the past years, they were very affirmative in the sense that “we don’t interfere” [but] I think they had a major problem of image because they started to be associated with this deterioration of democracy and of public debate.” 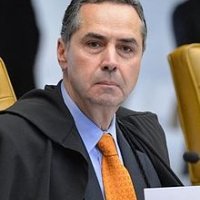 President of the Superior Electoral Court; Justice of the Supreme Federal Court