Human behavior—including agriculture, rapid urbanization, and deforestation—has transformed the Earth’s land surface, altering ecosystems and causing unprecedented biodiversity loss. Only 3% of the world’s land remains ecologically intact. This brings humans, livestock and wildlife into close proximity, exposing each to pathogens they have no immunity to. At the same time, with inadequate wildlife trade laws, poor enforcement and the absence of a global agreement on wildlife crime, animals are pulled from the wild and sold as food, medicine, tourist souvenirs, pets and other products in a lucrative international black market trade. At this meeting, experts shared the ways that endangered species and fragile ecosystems are falling victim to wildlife crime and trade. It also examined how the creation of a global agreement could help end wildlife crime, prevent the escalating extinction of species––and possibly prevent the next pandemic.

“This COVID-19 pandemic has reminded us, albeit in a devastating way, of the interconnected nature of things, most particularly between economies, the environment, human and wildlife health and welfare,” said John Scanlon AO, the former Secretary-General of the Convention on International Trade in Endangered Species (CITES) and Chair of the Global Initiative to End Wildlife Crime, at a recent Wilson Center event on wildlife crime’s connection to human health and security. Despite its serious implications for a broad swath of issue areas, wildlife crime and trafficking remain under-studied and under-regulated. At the event, experts from diverse fields in defense, global health, and conservation highlighted the need for international cooperation to mitigate wildlife crime’s impact on environmental degradation, the spread of zoonotic disease, and transnational security threats.

Wildlife crime’s cascading effects on human health, the environment, and the economy

Wildlife crime poses risks to human health, the environment, security, and the global economy—sometimes simultaneously. Disease emergence is closely tied to human activities in areas rich in biodiversity, said Peter Daszak, President of EcoHealth Alliance. Daszak pointed to the importance of a One Health approach to regulating the wildlife trade, where different disciplines work together to attain health for humans, animals, and the environment. Rapid economic growth and environmental degradation may contribute to the risk of disease emergence, said Daszak. “Deforestation, building roads, expanding agricultural production—30 percent of all emerging diseases over the past few decades are linked to that process,” he said. “Some of these things are going to cost us more in the long term than the profit we make in the short term.”

We need to strengthen the international legal framework around wildlife trade and crimes, said Scanlon. “In addition to posing a threat to human and animal health, wildlife crimes are driving many species towards extinction, degrading entire ecosystems and their ability to sequester carbon, depriving private governments of revenue, exacerbating corruption, insecurity, and poverty,” he said. Scanlon cited a figure from the World Bank estimating the economic impact of wildlife crimes on ecosystems as costing the global economy one to two trillion dollars per year, underlining the economic consequences of failing to address wildlife crime.

A symptom and driver of instability

Wildlife trafficking is often connected to larger transnational criminal networks that undermine global security. Ofir Drori founded his NGO, LAGA, with the explicit purpose of fighting the corruption that enables wildlife crimes. Many active wildlife trafficking syndicates have been active from as early as the 1980s, said Drori. Corruption in wildlife enforcement allows for “complicity and impunity, which are usually enabling organized crime.”

The scale of wildlife crime is often underestimated, said Drori, citing the case of a single family-run syndicate that has killed more than 36,000 elephants. The notion that what we’re facing is poaching, or industrial poaching, is not really what we see from our perspective, said Drori. This is organized crime, where poachers are “mere foot soldiers” who “operate through a vast and powerful network of corruption,” including high-level officials who protect their activities.

“Wildlife crime is a security challenge…especially for the communities that are closest to these crimes,” said Sharon Burke, a former Assistant Secretary of Defense for Operational Energy and founder of Ecospherics. “You can look at the wildlife trade and recognize that it is both a symptom and a driver of larger problems about corruption, about poor governance, and under-governed spaces, destabilizing influences,” she said. “These things all constitute security threats within borders, across borders, and at a geopolitical level.”

Addressing the gaps in regulation and enforcement

Scanlon made several concrete recommendations for creating change on the international level and pointed out some of the gaps in response that undermine human health and security. “There is no global agreement on wildlife crime as there is, for example, on human trafficking,” he said. CITES, the current international treaty for regulating wildlife trade and combating wildlife crime, is inadequate because it is primarily a trade-related convention that regulates trade based on whether it will affect the survival of certain species of flora and fauna, said Scanlon. It overlooks the risks involved in trading organic matter and fails to address wildlife markets.

To address some of the current gaps in legal regulation, Scanlon recommends that states “adopt amendments to CITES that build human and animal health criteria into its decision-making processes and extend its reach to wildlife markets.” However, he notes that the treaty’s signatories have historically been wary of extending its mandate. Another solution could arise from the global health community in the form of an international pandemics treaty that “includes legally binding commitments on taking measures to prevent the spillover of viruses and other pathogens from wild animals to people, including through wildlife trade and markets,” he said.

Implementing these laws across different countries is all about enforcement, said Drori. It’s important that anti-corruption techniques be integrated into any efforts to ensure that laws are applied evenly across contexts. He recommended that practitioners and policymakers focus on creating measurable standards and clear indicators for various policy interventions to ensure that they are effective, maximize resource utilization, and cause “real change in the field.”

Sharing the burden of responsibility?

States must cooperate to address issues that affect the resources they collectively share, said Burke. “At the biggest level where nations define security and interact together, we need to have a significant redefinition of what it means to be safe and what it means to be secure,” said Burke. States tend toward competition against each other, she said, but “a zero-sum mindset” in regard to preserving the biological commons “is pulling us toward a sort of mutual destruction.”

Speakers discussed the extent to which certain powerful countries, like China and the United States, should bear the burden of responsibility for addressing wildlife crimes and trafficking. Many Western and developed countries have contributed significantly to environmental degradation and perpetuated irresponsible wildlife trade, said Daszak. “The cycle of consumption, overconsumption, unsustainable consumption, driven by us as much as anyone else, is partly to blame,” he said. “So let’s look at everything we do, and come together. And certainly, we are going to have to work together to find out really what happened with COVID-19 and to actually do something about issues like the illegal wildlife trade.”

Wildlife crimes represent “a challenge of governance at its heart” and are fundamentally “about nations and the way they act,” said Burke, suggesting that some states should do more to improve their governance for the future well-being of the global community. “I think this moment is an opportunity for China to show that they can bring that kind of accountability and transparency to their own country and their own rule of law,” she said. “It would be great to see them use this moment in that regard.”

Wildlife crime is a cross-cutting issue that requires coordination across levels of implementation and enforcement, from uprooting corruption in bureaucracies and NGOs to tackling disease emergence. Although the COVID-19 pandemic has raised awareness for some of the links between human activities, environmental degradation, transnational crime, and public health, the world remains underprepared for the threat of wildlife crime. “States need to respond in a manner that is commensurate with the risk,” said Scanlon. “Global connectivity, how organized crime operates across borders, and the trafficking of wildlife at an industrial scale requires enhanced global cooperation and national responses.”

Continue the conversation on Twitter by following @NewSecurityBeat and @wilsonCEF. 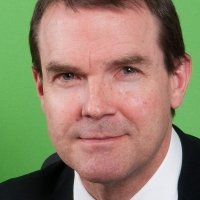 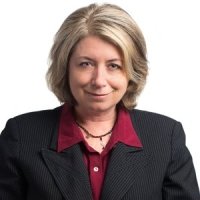 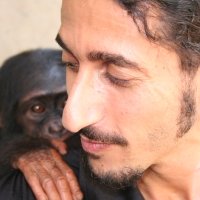 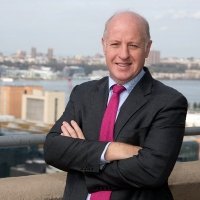 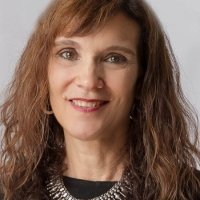 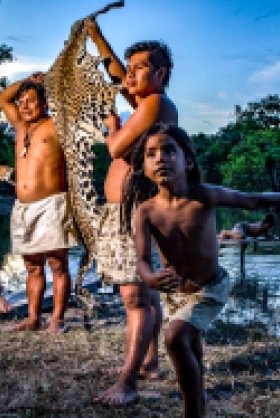