Engaging Women for Africa's Future: The Role of Women in Science, Technology, and Innovation

Engaging Women for Africa's Future: The Role of Women in Science, Technology, and Innovation

On July 16, 2015, the Wilson Center Africa Program hosted a discussion on engaging more women in science, technology, and innovation (STI) for sustainable development in Africa. Mr. Ayodotun Bobadoye, a visiting scholar from the Southern Voices Network* and a Research Officer at the African Technology Policy Study Network, presented his research on "Gender, Science, Technology, and Innovation for Sustainable Development in Africa." Ms. Jennifer Haskell, Director of the Office of Science and Technology Cooperation in the Bureau of Oceans and International Environment and Scientific Affairs at the U.S. Department of State, also spoke, focusing on U.S. initiatives to increase women in STI in Africa.

Mr. Bobadoye discussed the neglected state of STI in Africa and potential solutions for boosting participation in STI, especially among women. Currently, only 0.4% of GDP in Africa is devoted to research and development, placing Africa far behind the rest of the world in terms of number of researchers, research output, and number of publications and registered patents. The African Union Strategy for STI Development, STISA-2024, lacks funding commitments and is fundamentally flawed in that it does not recognize marginalized groups such as women. Yet, as Mr. Ayodotun pointed out, women account for more than half of the population in Africa. For development initiatives to succeed, they must be inclusive of women. He proposed several solutions for increasing women's participation in STI such as: mainstreaming gender into STI policies and strategies, promoting access of girls and women to scientific education at all levels, raising awareness of the contribution of women to STI, ensuring female representation in policy and decision-making bodies, and creating an international network of female scientists for easy collaboration and mentorship programs.

Ms. Jennifer Haskell presented on challenges and opportunities to incorporate more women in STI and STEM fields. While underrepresentation of women in these areas is a challenge worldwide, she articulated some of the key issues specific to Africa and other developing regions: providing basic education for and empowerment of women and girls, making childcare available so teenage girls can go to school, and providing toliets and feminine hygiene products. Ms. Haskell also stressed the importance of mentorship, sponsorship, and visible female role models in STI. THe U.S. State Department has a variety of programs including the Next Scholars Program, TechWomen, and Lions Africa Program, that focus on increasing women's participation in STI in Africa. Ms. Haskell works on another State Department program, Global Innovation through Science and Technology (GIST), which has been able to connect with women worldwide by cultivating a strong web presence. Ms. Haskell stressed that the need to icnrease participation in STI in Africa, especially by women, is so great that there is no need for programs to compete with one another.

*The Southern Voices Network (SVN) is a consortium of 16 research and policy organizations from across Africa that seeks to foster dialogue and increase the visibility of African perspectives within the U.S. policy arena. One of the main components of the SVN is the Africa Research Scholarship Program, through which the Wilson Center Africa Program hosts scholars from member organizations for a 3-month resident scholar program in Washington, D.C., allowing them to engage with U.S. policymakers and practitioners and conduct policy-oriented research. The SVN is made possible through the generous support of the Carnegie Corporation of New York. 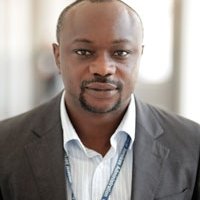 Director, Office of Science and Technology Cooperation in the Bureau of Oceans and International Environment and Scientific Affairs, U.S. Department of State

Video
Education
Is STEM Education the Key to Africa’s Future?