From Iguaçu to the edges of the Amazon and through the centers of power in Brasília and São Paulo, see this vast country anew and learn from Brazilian voices why its people see a bright future amidst challenges—including those that come across its borders.

From Iguaçu to the edges of the Amazon and through the centers of power in Brasília and São Paulo, see this vast country anew and learn from Brazilian voices why its people see a bright future amidst challenges—including those that come across its borders.

Urban violence and corruption scandals involving major business companies and political parties, while widely reported, are only some of the complex challenges Brazil faces as it looks to a more prosperous future. Brazil has long been proud of its history of cordial relations with its neighbors. The openness of Brazil’s vast border—at over 10,000 miles long, the country has the third longest land border in the world—has resulted in a cultural melting pot and enriched the lives of millions.

However, this unprotected border, proximity to three of the top drug-producing countries in the world, and Brazil’s own troubles with corruption have left the government with a difficult task: curbing the steady flow of illicit trafficking of people, drugs, weapons, and commercial contraband.

Fronteira da Grandeza, a 70-minute documentary, provides a glimpse into the challenges Brazil confronts at the border and the implications for the country’s future, as seen through the eyes of those on the frontlines. Fronteira da Grandeza is part of a series called Beyond the Border, produced by Combat Films and Research, in cooperation with the David M. Kennedy Center for International Studies at Brigham Young University. The series currently comprises ten original films that look at interdisciplinary, international issues including the Korean reunification and national cultures, global supply chains, and the auto industry.

Join us on May 17 at 3:00pm for a screening of Fronteira da Grandeza, followed by a Q&A with the film’s director Dodge Billingsley and its co-producer Cory Leonard. 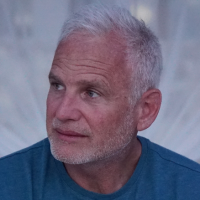 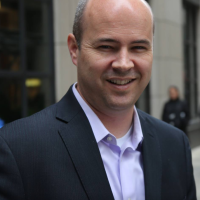 Associate Director, the Kennedy Center for International Studies at BYU