Glimmers of Light: Opportunities for Preventing Violence in South Africa

On April 10, 2018, the Wilson Center Africa Program hosted an event entitled, “Glimmers of Light: Opportunities for Preventing Violence in South Africa,” and extensive dialogue centered on lessons learned and best practices when addressing violence against women and children from both the South African and U.S. perspectives.

Glimmers of Light: Opportunities for Preventing Violence in South Africa

On April 10, 2018, the Wilson Center Africa Program hosted an event entitled, “Glimmers of Light: Opportunities for Preventing Violence in South Africa.”  Introductory remarks were given by Ms. Deborah Carey, Program Assistant at the Wilson Center Africa Program. Dr. Monde Muyangwa, Director of the Africa Program, moderated the event. This event featured Dr. Chandré Gould, current Southern Voices Network for Peacebuilding Scholar at the Wilson Center, and Senior Research Fellow at the Institute for Security Studies in South Africa; Ms. Gretta Gardner, JD, Deputy Director of the DC Coalition Against Domestic Violence; and, Dr. Andrea Bertone, Director of Gender at FHI360. The combined expertise of the speakers allowed for extensive dialogue centered on lessons learned and best practices when addressing violence against women and children from both the South African and U.S. perspectives.

Dr. Gould opened the session with a message of hope. She noted that in South Africa today, we are facing an unparalleled opportunity for addressing violence against women and children. Dr. Gould also provided a background in the history of violence in South Africa. Homicide rates, the most reliable measure of violent crime across time, peaked as South Africa was transitioning to democracy in 1993, and then they declined until 2011. From 2011 until the present, the rates have been increasing again. Without addressing social and structural factors that lead to violence, Dr. Gould noted, we will not be able to break these intergenerational patterns. While there are no quick fixes for engrained social problems like violence, there is a high cost to failing to address them. In South Africa, 1/3 of children have faced violence at the hands of an adult caregiver, and 1/5 of children have been sexually abused. Violence against children in homes and at school has dire effects on their education, health, and employment prospects; violence, therefore, has a high economic and development cost for societies. South Africa has some of the most sophisticated programs to address violence. While it is a policy-rich environment, there are many factors that stand in the way of policies being implemented. One factor is the normalization of violence and violent language in all sectors of society. Politicians are under pressure to be seen to be acting to address violence; however, their approach over-emphasizes security and policing at the expense of social programs. South Africa spends ten times more on policing than on social programs to prevent violence. Dr. Gould noted three areas where change is possible: in encouraging inter-sectoral collaboration, building on the advances of current programs, and bolstering the political will to address the problem. By 2019, the hope is that violence against women and children will be a key issue in the national elections.

Ms. Gardner offered lessons learned from her work preventing domestic violence in the U.S. context. The U.S. is another country that faces significant violence against women and children: 1/4 of women will experience domestic violence in her lifetime, and 2/3 of children will face violence or trauma of some type. There are 56 coalitions in the U.S. (in each state and territory) who work towards addressing this problem. There are three pillars of funding provided by the U.S. Government for domestic violence: for human, justice, and restoration needs. One of the greatest challenges of domestic violence prevention in the U.S. has been in attempts to provide coordinated responses; without the dedicated time, staffing, and funding, coordination is very difficult. On the positive side, family justice centers that provide a one-stop range of services, including health, human, and legal, have been shown to be effective in responding to the range of needs of survivors. Ms. Gardner’s recommendations for designing and implementing more effective programs include focusing on realistic goals for the particular community, making responses survivor-centered and trauma-informed, and carrying out regular and community-specific needs assessments. Relationships and building trust are key, as is stamping out the culture of victim-blaming, providing equal access to services, and always keeping survivors at the center of initiatives. Programs need to prioritize limited resources, identify creative solutions and non-traditional partners, review impact, and be nimble and flexible to changing circumstances and dynamics.

Dr. Bertone provided the perspectives of an internationally-focused organization that designs and implements gender programming in communities around the world. FHI360’s work focuses on ensuring that programming is gender-sensitive. She explained the importance organizations working on this issue to start by assessing their own commitment to gender equality before designing programs for others. She noted that USAID, one of the major international donor organizations, has been a key driver on this front.  For example, the release of the USAID Strategy on Gender Equality forced the development community at large to assess their own standards and policies on this issue. Each organization must develop minimum standards for gender equality, work to prevent abuse in their own organization, and have a dedicated gender specialist who is involved in program design from the beginning. In order to implement a project, FH360carries out a gender assessment to understand the particular issues at play in the community or institution they are working with. On the prevention side, FHI360 works with women first to address societal norms and raise awareness about their rights. Then, they engage men about their role in addressing violence. Only after each population has been engaged separately do they come together to promote dialogue. Dr. Bertone emphasized that norms are formed at early ages, and the most effective programs often are those that work with children. For FHI360, most of their response to violence prevention is embedded in their work on health, specifically related to HIV/AIDS. While one-stop-shops for treating violence have been on the rise, what is still often lacking is the provision of referral services such as psychosocial care and legal resources. Dr. Bertone’s recommendations for designing and implementing more effective programming include emphasizing a comprehensive approach, understanding the lifecycle of violence, and addressing the gender norms that underlie and contribute to violence. 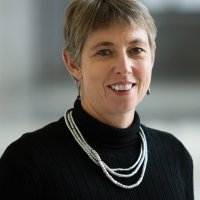 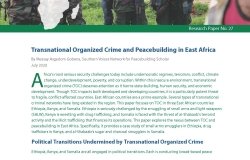 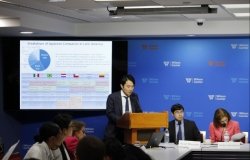 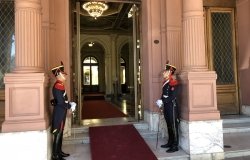 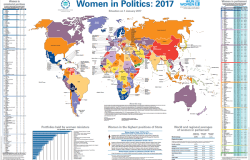 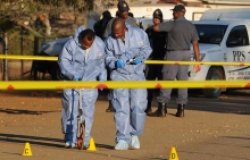