A Conversation with Dame Karen Pierce, UK Ambassador to the United States

Join us for a conversation with the UK Ambassador to the United States, Dame Karen Pierce DCMG, as we discuss the UK’s Integrated Review of foreign, defense, security, and development policy. Through the Integrated Review, the UK charts its course to 2030 and beyond, with implications for relations with the United States, the UK’s roles in other world regions, and the UK’s own standing as a competitive global power.

“The integrated review shows that an independent Britain is back, with a real aspiration to be an active independent force for good on the world stage.”

“Keeping America as ally number one, keeping Britain as America's ally number one, shared endeavors in war and peace, is fundamentally what the bedrock of the relationship is about, and the integrated review is designed to take us to the next level.”

"We have a real ambition to be a science and technology superpower—and I don’t make an apology for saying superpower because we already have a very good innovation base in the UK, the Prime Minister would recognize that we need to put more effort into manufacturing, we need to put more effort into realizing that ambition, and we also need to recognize that the landscape is changing. Particularly, this is relevant to the strategic competition with China, it is a competition that we want to make sure we win, not because we want to be confrontational as indeed the American administration is not into that either, we want to do it because if the new world order that’s starting to emerge out of all the challenges, if that doesn’t uphold open societies and open markets, and transparent norms and standards, then the world and individual countries will be poorer both literally and metaphorically."

“We will compete with China in invention. We will push back if security and our security interests are threatened (…), but we also are ready to collaborate and cooperate on big global challenges in the multilateral system.”

“I think, outside the European Union, what you will see is a lot more agility in Britain’s ability to interact with all these (regional) organisations, whether they’re large like the African Union, or whether they’re small groupings of like-minded countries on particular issues, like the Quad.”

“It’s a very worrying development (in Hong Kong). And it’s worrying not just in and of itself, but because it does show that the Chinese are ready to break international commitments that they’ve made. And that, I think, is a relatively recent development.”

“Much like America’s National Security Strategy, the Integrated Review is the prism through which future policy moves will be viewed and evaluated. Released in mid-March, the Integrated Review is a document entitled “Global Britain in a Competitive Age”, an unmistakable nod to the wide-ranging challenges and opportunities that the UK and her allies face in these historic times.”

“Looking over the review, I’m struck by the priority it has given to innovation policies, its so-called ‘tilt’ to the Indo-Pacific, its strong affirmations—the value of alliances—and its emphasis on the need to integrate foreign policy and development policy more closely, a priority that is near and dear to my own heart.” 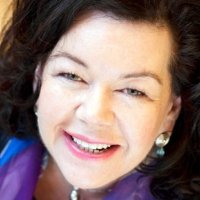 British Ambassador to the USA