Forged in war and ideological battle, relations between Pyongyang and Moscow have been shaped by shared strategic interests, as well as feelings of perceived betrayal. How does the past affect relations between Pyongyang and Moscow today? Where are their interests aligned and where do they diverge? On May 19, Andrei Lankov, Director of NK News and Professor at Kookmin University in Seoul joined us for a conversation on North Korean-Russian relations.

Andrei Lankov
"Is Russia important to North Korea? Is North Korea important to Russia? I would say to an extent, to some degree, maybe less than most people I incline to believe, but still important. What are the major goals and concerns of Russia? Some of which reflect the current political domestic situation and authoritarian trends of the current Russian government and some are pretty universal, so if one day, Russia within our lifetime becomes a full democracy, which is a big if, I don’t think that many of these trends are going to be seriously different… Russia wants a stable north-east Asia. Why? Not because Russia is such a peace and stability-loving country, but any conceivable trouble near very vulnerable, sparsely populated, and frankly, sort of underdeveloped Russian Far East is not going to be good news."

"Russia would like to keep the status quo, which means division. Of course, the official line of the Russian government, American government, any government is that we all dream of a unified Korea. I strongly suspect that any government, with the possible exception of the United States, and not because the United States is remarkably selfless, but because of completely different reasons, I don’t think that any government would really like to see a unified Korea right now and Russia is no exception, because a unified Korea is likely to be dominated by south, probably it will remain a close ally of the United States, and it is definitely bad news for the Russian government. Or alternatively, a crisis in North Korea might trigger Chinese intervention and the emergence of a Chinese controlled regime in what is now North Korea, probably it would have the same name. Neither scenario is good, so Russia would like North Korea to be stable and the Korean peninsula divided."

Jean H. Lee
"It’s so interesting to look back at history and consider the relationship in terms of North Korea’s reliance on the Soviet Union in the early part of the making of modern North Korea, the establishment of North Korea. I mean, obviously, we have a divided peninsula partly because we had that division in 1945 with the Soviets coming down from the north and the Americans from the south, right, dividing the peninsula at the 38th parallel. But then the devastation of the withdrawal of support from the Soviet Union following collapse in the early 1990s and, of course, as we know, that was followed by a famine known as the arduous March that killed perhaps up to two million North Koreans and I think we’ve seen the shifting influence from Russia and the Soviet Union since that period as North Korea has tried to figure out how to to stand on its own and perhaps a shift towards China." 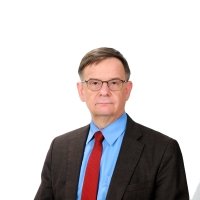 Professor of History at Kookmin University in Seoul, South Korea