Relations between Turkey and its Western allies have encountered recent challenges as Ankara's relations with Moscow warmed significantly after the downing of a Russian jet over Turkish airspace in 2015. Since then, Turkey has purchased the Russian S400 missile defense system, despite NATO opposition, and has grown its trade and energy ties with Russia through projects including the TurkStream Natural Gas Pipeline and the Akkuyu Nuclear Power Plant. But Ankara and Moscow have backed opposite sides in the conflicts in Syria, Libya, and Nagorno-Karabakh. What key factors shape this complex relationship, and where is it headed? On February 18, Habibe Ozdal, Assistant Professor of International Relations at Istanbul Okan University, joined Kennan Institute Director Matthew Rojansky, and Chair of the Middle East Program Ambassador James Jeffrey for a conversation on Turkish-Russian relations and their future trajectory.

Habibe Ozdal
"Two very ambitious powers led by powerful leaders—were historic rivals—successfully cooperated in many areas from 2002 to 2015. So, what went wrong? Jet crisis—in my opinion—is not a reason but rather sort of a consequence of a crisis—long lasting disagreements on Syria. This was the incident which put an end to this cooperative spirit which lasted for 13 years and in other words the warplane incident—you can say—ended an era of compartmentalization.”

“Since 2011, in Turkish domestic and foreign policy there has been a change from more multi-dimensionalism to a bit more anti-Westernism. While Russia represented one of the pillars in this multi-dimensional foreign policy at the beginning of the 2000s, now Moscow is being a balancing, driving force in the eyes of Turkish decision-makers, especially against the Western world.”

Ambassador James F. Jeffrey
“Overall, Turkey as much as Israel and the United States are the main opponents to what Russia wants to do in Syria. Yet, everyday—or almost every day—there’s some kind of Russian-Turkish tactical deal, or agreement, or meeting, or movement forward lurching in this direction for a political process […] This disturbs people in the West who want their alliances straight up—that is, you’re with us or against us. Turkey seems to be with us sometimes, against us other times.”

“In terms of whether this was Turkey being the anti-status quo power, I would say that Turkey saw Russia’s support for Armenia’s position in Nagorno-Karabakh as an example of Russian expansionism.” 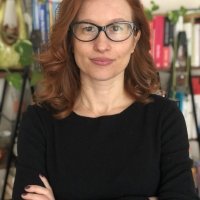