Since taking office in June 2019, Salvadoran President Nayib Bukele has clashed frequently with the country’s legislature and Supreme Court over issues of executive authority.  While Bukele remains highly popular, critics charge that he is weakening El Salvador’s fragile democracy by concentrating power, deploying the military and police to uphold his rule, and defying institutional checks and balances.  To confront the coronavirus, he has imposed a harsh lockdown, unleashing the security forces to arrest thousands accused of quarantine violations, in defiance of a Supreme Court ruling declaring such detentions unconstitutional.

Elsewhere in Central America, Nicaragua’s authoritarian government has refused to implement social distancing or other stay-at-home measures.  President Daniel Ortega has called the pandemic a “sign from God” and the government has allowed and even encouraged sports events, festivals, and other mass gatherings to occur.  By ignoring medical and scientific advice and admitting only a handful of cases, critics charge that the government is inviting an outbreak of disease that would overwhelm the country’s health system, along with Nicaragua’s neighbors, especially Costa Rica, where tens of thousands of Nicaraguans have fled.

“Still, the government has been unable to build a clear and consistent, not to say transparent, strategy to face Covid-19.... Nobody knows who are the scientific or technical advisors of the president. There is no economic strategy behind the crisis and there is no clue about a road map to open the economy right now.”

“This is the most serious concern about Nayib Bukele’s actions in this crisis, the arbitrariness. Bukele has signed 24 executive orders in the last month, some of them we have seen the framework of the special loans that Congress had approved for the emergency but some others with illegal dispositions.... An example of the arbitrariness is that some of these executive orders have been made public and effective in the middle of the night. Two weeks ago Bukele announced, via Twitter, a new executive order at 11:30pm to be effective at midnight.... The decision to close the entire public transport system was made public several days ago at 5:38pm, again via Twitter, to be effective at midnight. So the next day, thousands of workers, including doctors or essential workers had no way to go to work.”

“In the case of a woman being detained when she was taking her four-year old kid to the latrine? In front of their house, even the Supreme Court ruled in favor of the woman but the government and the police refused to accept the order to release her.... The Supreme Court has ruled three times against detentions of the police but Bukele publicly stated he will not submit to these decisions.”

“He [Nayib Bukele] is still very popular, his popularity rates are about 80% and right now there are no political alternatives to his power so he will probably win next year’s elections.... If he continues on this path [to authoritarianism] there will be a real political confrontation.”

“This crisis has hit El Salvador at a moment when the level of public debt was already very high. At the beginning of this year the debt to GDP ratio reached 72%, a level that is high for a country, especially given the fact that over the last decade El Salvador has been lagging in economic growth in the region. As a consequence we have a very narrow space for expansionary fiscal policy.... We are expecting that the debt will jump to 83% of GDP by the end of the year, this is an optimistic scenario, and could easily reach 90% of GDP in a more realistic scenario.”

“The most important effects at this moment are at the household level. 60% of the labor force work is in the informal sector so hundreds of thousands of families have lost their incomes since we entered lockdown two months ago.... The government provided a one-time cash transfer of $300 per family that was supposed to compensate for loss of income but this transfer had a lack of transparency on criteria for individual households and also there is the fact that this mechanism provoked agglomeration, which increased the risk of contagion.... Before the crisis one out four families lived in poverty, and I estimate, given the magnitude of the crisis, that this could increase to two out four families.... Lower household income, lower household consumption, an important increase in poverty, malnutrition, social unrest; I think these are the effects of the crisis at the micro level which is the level that matters. This of course I think will exert pressure on illegal migration from El Salvador to the United States.”

“I have lived in El Salvador all my life...and I don’t think it is an exaggeration to say that the tension is at high levels right now and we Salvadorans are extremely concerned. My hope is that the president and the government will have the maturity needed to recognize no doubt this is the biggest challenge facing El Salvador since the civil war. I am convinced that the most vulnerable families will feel the effects of this crisis. I think we are at risk of losing two decades of progress in poverty reduction.... For me, a desirable scenario will be one where the government calls for unity in the private sector, congress, and academia, and work together on a plan for mitigating the social and economic impacts and for an orderly reopening of the economy.”

“After the April 2018 uprising, we were facing a triple crisis: a human rights crisis, a political crisis and an economic crisis that had imposed three years of consecutive economic recession. Now we are facing a health crisis that is going to create an economic and social crisis.”

“Although all Central American countries are reporting increasing numbers of positive Covid-19, it is becoming clear that Nicaragua may become the new epicenter of the pandemic in the region.... The government is always reluctant to publish real data on sensitive issues, consistently underreporting the contagion levels and number of deaths. The government has adopted virtually no health measures to address the pandemic. They have ignored World Health Organization recommendations for massive testing, quarantine and social distancing. When the pandemic reached the region in March, all the Central American countries quickly agreed to introduce a number of measures. Nicaragua was the only country not implementing them but it ended up with closed borders only because neighboring countries closed theirs and because all airlines cancelled flights to Nicaragua.”

“The government did not do enough to prepare for an outbreak. That’s it. We lost four precious months. In justifying their approach, the government fluctuates between neglect, we have other problems, and bravado, and we are the best.”

“What to do? The worst thing to do is what the government did. Stand by idly by in the face of the pandemic.... At this point it is no longer possible to contain the virus spread from Nicaragua. Now the focus must be slowing down the virus spread which helps flatten the curve and save lives.... I am not very optimistic that we still have time to avoid falling off the cliff. It would seem that this government’s strategy has been to do nothing or as little as possible if not actively seeking the rapid infection of the entire country.”

“By ignoring the advice of these scientists and experts the government has also undermined the role of science in Nicaragua and it’s really a pity especially because at the arrival of the epidemic, Nicaragua had dozens of experts in different areas of sciences and medicine who could have supported them in making strategic decisions.” 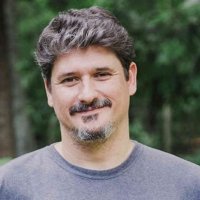 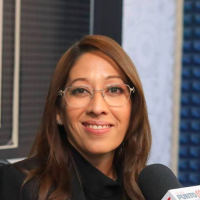 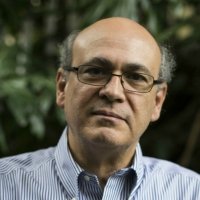 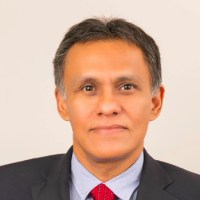