The prospect of a U.S. exit from the Intermediate-Range Nuclear Forces Treaty has reverberated around the world. Wilson Center experts analyzed the implications.

President Trump's surprise announcement of his intention to abrogate the Intermediate-Range Nuclear Forces (INF) Treaty has reverberated around the world. Why did the President make this decision? What are its implications for international arms control efforts? How will this impact U.S. relations with Russia? What are the implications for U.S. capabilities in Asia and competition with China?

Listen in as Wilson Center experts tackle these questions.

"China has already announced its opposition to the U.S. resigning from the INF treaty, stating its concerns about implications for stability in Europe…I would bet that there are some in China that are concerned about Russia’s ability to develop weapons that could also put China in range at some point.”

“There have been proposals to expand INF and bring China onboard. I actually think that’s quite unlikely. Both because the immature status of U.S.-China discussions on these issues, because of Chinese skepticism about the need for it to join these broader arms control discussions, but also because of the significant investments they’ve made and their reliance on these capabilities.”

“In Asia, it’s a bit of a mixed bag, there are definitely upsides and downsides. To me, the ultimate question is how the mixed bag in Asia and the mixed bag in Russia equals out in the president’s mind, or what’s to the American advantage about moving forward.”

“In terms of Russia’s reaction now, there’s a rhetorical dimension that’s very big. The United States is undermining arms control, the United States is destroying strategic stability; this is a big rhetorical win for the Russians in the short-term. They will decry the end of global nonproliferation. They have not been doing a lot to help with nonproliferation in recent years, but they will now blame that on us.”

“Thus far, the Russian position is essentially all or nothing. If we’re going to do arms control, we are going to put everything on the table, which includes your ballistic missile facilities in eastern Europe, it includes your space capabilities, your cyber capabilities…we want it all on the table, and we’ll negotiate a kind of big comprehensive new treaty. Of course the problem with this is it would take an extremely long time and a tremendous amount of political will to negotiate and we are not getting that so far.”

“The real problem here amounts to political context…in a context where we do not trust the Russians, and we feel that they are out to undermine our democracy, inviting very fundamental elements of arms control and diplomacy…those things all become politically impossible.” 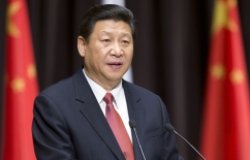