Please join us for a book launch for Hanoi's Road to the Vietnam War, in which Pierre Asselin explores the communist path to war by way of new and largely inaccessible Vietnamese materials as well as French, British, Canadian, and American documents.

Hanoi's Road to the Vietnam War opens in 1954 with the signing of the Geneva accords that ended the eight-year-long Franco-Indochinese War and created two Vietnams. In agreeing to the accords, Ho Chi Minh and other leaders of the Democratic Republic of Vietnam anticipated a new period of peace leading to national reunification under their rule; they never imagined that within a decade they would be engaged in an even bigger feud with the United States. Basing his work on new and largely inaccessible Vietnamese materials as well as French, British, Canadian, and American documents, Pierre Asselin explores the communist path to war. Specifically, he examines the internal debates and other elements that shaped Hanoi's revolutionary strategy in the decade preceding U.S. military intervention, and resulting domestic and foreign programs. Without exonerating Washington for its role in the advent of hostilities in 1965, Hanoi's Road to the Vietnam War demonstrates that those who directed the effort against the United States and its allies in Saigon were at least equally responsible for creating the circumstances that culminated in arguably the most tragic conflict of the Cold War era.

Joining Asselin on the panel as commentators are Shawn F. McHale, Associate Professor of History and International Affairs at The George Washington University, and John Prados, head of the National Security Archive's Vietnam and Intelligence Documentation Projects.

Pierre Asselin is Associate Professor of History at Hawaii Pacific University in Honolulu and the author of A Bitter Peace: Washington, Hanoi, and the Making of the Paris Agreement (North Carolina, 2002).

Shawn McHale is a leading scholar of Vietnam and Southeast Asia. Born in Malaysia, he has lived ten years of his life in Southeast Asia.  He has a PhD in Southeast Asian history from Cornell University, and has received numerous awards, including two Fulbright-Hays fellowships. McHale has written broadly on Southeast Asian and Vietnamese culture, history, and contemporary politics.  He has lectured in North America, Europe, and Asia.  His scholarship has appeared in English, Vietnamese, and French.  He is currently working on a book on the First Indochina War (1945-54). Among his recent publications is "Ethnicity, Violence, and Khmer-Vietnamese Relations: the Significance of the Lower Mekong Delta, 1757-1954," Journal of Asian Studies (May 2013).

John Prados heads the National Security Archive's Vietnam and Intelligence Documentation Projects, co-directs its Iraq Documentation Project, and is a Senior Research Fellow on national security affairs, including foreign affairs, intelligence, and military subjects. He holds a Ph.D. in Political Science (International Relations) from Columbia University and has authored many books, most recently Islands of Destiny: The Solomons Campaign and the Eclipse of the Rising Sun (NAL/Caliber, 2012) as well as In Country: Remembering the Vietnam War (Rowman & Littlefield, 2012). Other works include Normandy Crucible: The Decisive Battle That Shaped World War II in Europe (NAL/Caliber, 2011), Vietnam: The History of an Unwinnable War (University Press of Kansas), winner of the Henry Adams Prize in American History; Safe for Democracy: The Secret Wars of the CIA (Ivan R. Dee Publisher, 2006, paperback 2009); and How the Cold War Ended: Debating and Doing History (Potomac, 2010). 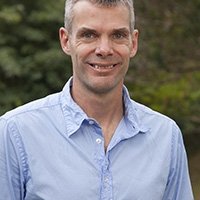