As the crisis between Russia and Ukraine enters a more dangerous phase, the stability of Eastern Europe may again be in danger. As a member of NATO with deep interests in the fate of Europe and significant concerns about Russia’s intentions, these developments have profound consequences for the interests of the United States.

Wilson Center CEO and President Amb. Mark Green will lead a discussion with Senators Jeanne Shaheen (D-NH) and Roger Wicker (R-MS) about the crisis between Russia and Ukraine, how the Senate is looking to shape the U.S. response, and what they saw and heard during their recent congressional visit to Ukraine. They will also discuss the possibility for the imposition of new and tougher sanctions on Russia that could target Putin personally while having a major impact on Russia’s economy as well as the profound uncertainties facing American policymakers, such as:

"What’s particularly ironic is that while he (Putin) is complaining about the threat to Russia from NATO and from Ukraine and from the West, the fact is that it’s his actions that are uniting NATO in ways that it hasn’t been united in a very long time. The real threat is coming from Russia, so I look forward to this discussion and we will continue to try and do everything we can in Congress to also provide deterrence to what Putin is doing. There are a number of pieces of legislation that I think help to do that."

"It’s important to point out that we expect to see a bill out of the Foreign Relations Committee that’s being negotiated by the chair and ranking member, that will address many of the issues that we have heard from the Ukrainians that they’re concerned about—sanctions, weapons, and support—looking at what we can do to address some of the most urgent needs."

"It’s important for us to continue to make as clear as possible what the costs are going to be for Putin, for his oligarch friends, for the economy of Russia, and ultimately for the people. I remember when Russia went in and seized Crimea and went into the Eastern part of Ukraine, and there were a number of news reports that Putin was trying to suppress the stories about the Russian troops who were going home in body bags because there was discontent in Russia about what was happening there."

"They want to be in charge of their destiny and our international rules-based system of agreements ratifies that. If Ukraine wants to look westward rather than back toward what used to be the USSR, that’s the right of the Ukrainian people to do that under an agreed upon international rule." 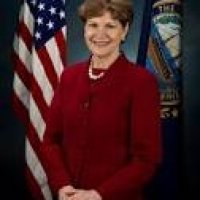 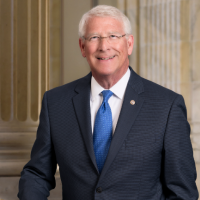