How the South Won the Civil War: Oligarchy, Democracy, and the Continuing Fight for the Soul of America

While the North prevailed in the Civil War, ending slavery and giving the country a "new birth of freedom," Heather Cox Richardson argues that democracy's blood-soaked victory was ephemeral. The system, which had sustained the defeated South, moved westward and there established a foothold. How the South Won the Civil War traces the story of the American paradox, the competing claims of equality and subordination woven into the nation's fabric and identity. Richardson seizes upon the soul of the country and its ongoing struggle to provide equal opportunity to all. Debunking the myth that the Civil War released the nation from the grip of oligarchy, expunging the sins of the Founding, it reveals how and why the Old South not only survived in the West, but thrived.

“The West and the South become a political block and begin to push back against the East, not only in issues of finance, which other historians had identified before but also with issues of race and economic development. It was my contention in that book that one of the ways we got the Progressive Era was because once again, the people in the West and the South had managed to reinstate the concept of subordination for non-white peoples and for women in order to then be able to say that they could use the government to promote equality of opportunity for white men.”

“It’s 1977 that you get Star Wars, and the image of Luke Skywalker taking on the Empire. Of course, Reagan really hits his stride in 1978 and is elected in 1980 based on that incredibly powerful mythological narrative that hearkens not only back to Star Wars but also back to the Bible and to every little guy overcoming the big guy story that you can think of. But the Democrats meanwhile dropped their narrative really all together in the early 70s. Not only by jumping on the idea of coalitions but by the rewriting of the rules of the Democratic National Convention and National Committee in 1972...because they began themselves to focus on less on a narrative than on coalitions.”

“As the policies that are being enacted by the people in charge increasingly create an underclass⁠— and I don’t just mean an economic underclass, I mean increasingly don’t answer the needs of a growing number of people⁠— more and more start to talk to each other. They start to say ‘Hey, did you see this, I wasn’t so keen on that,’ and gradually they start to find a common voice. That common voice is eventually going to get people out protesting, and with luck, it’s going to kick up people who can articulate what’s at fault, and when they do that, that helps to create a movement.”

“A lot of societies have believed over the centuries that the way you move a society forward is to have a few well-connected, wealthy guys run everything because they can make it much more efficient...They end up not innovating. In order to really make people innovate, you want to put the resources of the government, make them available at the bottom and make education available to people at the bottom because they innovate, because through democracy they’ll make mistakes, but eventually they’ll come out the right way.”

Heather Cox Richardson is Professor of History at Boston College and the author of numerous books about American history and politics. A graduate of Harvard University’s Program in the History of American Civilization, she is the author of The Greatest Nation of the Earth: Republican Economic Policies during the Civil War (Harvard University Press, 1997), The Death of Reconstruction: Race, Labor, and Politics in the Post-Civil War North, 1865-1901 (Harvard University Press, 2001), West from Appomattox: The Reconstruction of America after the Civil War (Yale University Press, 2007), Wounded Knee: Party Politics and the Road to an American Massacre  (Basic Books, 2010), To Make Men Free: A History of the Republican Party (Basic Books, 2014), and, most recently, How the South Won the Civil War: Oligarchy, Democracy, and the Continuing Fight for the Soul of America (Oxford University Press, 2020).  Richardson writes widely for popular publications and is the author of the daily newsletter about the history behind today’s headlines, Letters from an American (https://heathercoxrichardson.substack.com/). 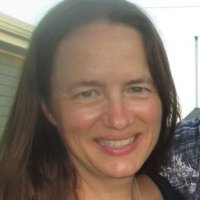