Isolationism vs. Multilateralism: 100 Years on the Global Stage

"Challenges of International Cooperation" with Niels Annen and Jeremi Suri.

Isolationism vs. Multilateralism: 100 Years on the Global Stage

MP Niels Annen is a foreign policy leader in the Social Democratic Party of Germany (SPD). Since 2014, he has served as spokesperson on foreign affairs of the SPD Parliamentary Group in the German Bundestag, where he represents the electoral district Hamburg-Eimsbüttel. He is also a member of the SPD’s executive committee. Annen was first elected to the Bundestag in 2005, and was a member until 2009, before being re-elected in 2013. He currently is a permanent member of the Committee on Foreign Affairs and a substitute member of the Committee on Economics and Energy. Mr. Annen also serves as deputy spokesperson of the Parliamentary Left, the largest political grouping within the SPD Parliamentary Group and acts as the chairperson of the SPD’s Commission for International Politics.

Jeremi Suri holds the Mack Brown Distinguished Chair for Leadership in Global Affairs at The University of Texas at Austin. He is a professor in the University's Department of History and the Lyndon B. Johnson School of Public Affairs. Professor Suri is the author and editor of nine books on contemporary politics and foreign policy. His most recent book, forthcoming in September 2017, is The Impossible Presidency: The Rise and Fall of America’s Highest Office. Professor Suri’s previous books include Liberty’s Surest Guardian: American Nation-Building from the Founders to Obama, Henry Kissinger and the American Century, Foreign Policy Breakthroughs: Cases in Successful Diplomacy (with Robert Hutchings), and The Power of the Past: History and Statecraft (with Hal Brands.) Professor Suri also writes for major newspapers and magazines including The New York Times, The Washington Post, The Dallas Morning News, The Houston Chronicle, The Boston Globe, Foreign Affairs, The Atlantic, The American Prospect, Fortune, and Wired. He is a popular public lecturer, and he appears frequently on radio and television programs. Professor Suri’s professional webpage is: http://jeremisuri.net.

This event is co-sponsored by Friedrich Ebert Stiftung. 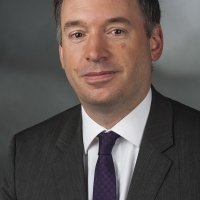 Member of the German Bundestag