Skip to main content
Support
Explore More
Close
Video
Great Power Competition
Can the EU and U.S. "work together to counter China?"
19:23
Image Credit
Share on FacebookShare on TwitterShare via Email
Share
Live Now
Part of the What Does the World Expect of President Biden: Iran
Event

On January 13, the Middle East Program and the U.S. Institute of Peace co-hosted “Joe Biden’s Tough Challenges in Iran” moderated by Steve Inskeep, the host of NPR’s “Morning Edition.” Biden inherits the Trump administration’s policy, which has applied maximum economic and diplomatic pressure on Tehran since 2018 to force new negotiations on a new deal, beyond the nuclear program, to cover five flashpoints. Washington imposed hundreds of sanctions. In mid-2019, Iran responded to U.S. pressure with gradual breaches of its obligations under the 2015 nuclear deal. Because of actions by both the U.S. and Iran, Biden’s pledge to renew diplomacy will be far more complicated than simply rejoining the Joint Comprehensive Plan of Action (JCPOA).

James F. Jeffrey, Chair of the Wilson Center’s Middle East Program and former ambassador to Iraq and Turkey, argued that any U.S. policy on Iran should address its military programs as well as its regional activities. “I supported the JCPOA because I thought it was what the [Obama] administration said publicly–a simple transaction. But then I was discouraged, over time, when I thought the administration was saying, ‘This is the only problem we have with Iran.’” He said, “The nuclear file has to fit into an overall package of what Iran’s role is in the region,” which the JCPOA does not.

Robin Wright, USIP-Wilson Center distinguished fellow, believes new diplomacy faces challenges at three levels: first over process, including which country moves first to get back to “compliance for compliance”; second on substance and whether to modify any of terms or timelines of the original deal; and finally on how to proceed with the other four flashpoints—Iran’s missiles, regional proxies, support for extremists, and human rights abuses. The Iranian leadership is likely to demand that the U.S. lift sanctions before Iran rolls back its breaches because Trump acted first in abandoning the deal.

Jarrett Blanc, the former lead State Department Coordinator for the Iran Nuclear Deal who is now at the Carnegie Endowment, acknowledged the difficulties ahead. But, he said, “The fact that Biden and senior leaders in Iran have said we want compliance-for-compliance suggests the substantive benefits of getting into the deal are sufficient.” There are “complications, but not impossibilities,” he added. If both sides choose to move forward and rejoin the JCPOA, it will take Iran “weeks, maybe a month, to come back fully in compliance.”

Several factors will pressure the Biden administration to act quickly. The Biden administration will have six to eight weeks to make progress, because Iran closes down on March 20 for two weeks to celebrate Nowruz, after which it begins a presidential campaign heading into a June election, Wright said. The state of diplomatic play could impact the outcome of Iran’ s vote. “The election debate will be framed around ‘Was the nuclear deal worth it, or did Iran end up suffering?

The panel diverged on the approach that Biden should take on policy. Ambassador Jeffrey argued that Trump’s maximum pressure campaign from 2018 to 2020 successfully limited Iran’s aggressive expansion across the Middle East, which had increased during the Obama administration. “The Trump administration pushed back against Iran, formed an alliance, put Iran under strong economic pressure, and declared Iran an outlaw,” he said. The incoming administration must continue to “act decisively against Iran in Iraq and Syria and be careful in what it promises the Iranians as part of the JCPOA,” he said.

Blanc countered that the most urgent goal “must be de-escalation of the crisis the Trump administration escalated.” He suggested that the Biden administration prioritize rejoining the JCPOA, followed by “incremental progress” against Iran’s aggressive activities in the region. By getting Iran’s nuclear program back into compliance, Biden’s team will have the space to pursue a broader diplomatic process that addresses regional security concerns. Wright expressed concern that tensions will only worsen without progress. “A war with Iran could end up being far messier and costlier than either the war in Iraq or Afghanistan,” she noted.

Gulf countries and Israel will want to have a say, directly or indirectly, on any U.S. arrangements with Iran that affect regional security. But the extent of their impact on the course of U.S.-Iran diplomacy is uncertain, especially since several countries are battling health, economic and political crises. “Saudi Arabia is not as powerful a player as it was 10 to 20 years ago,” Ambassador Jeffrey said, which has “opened the door to Israel, Turkey, and Iran”—a trend more pronounced over the past four years. 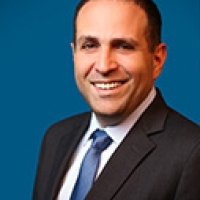 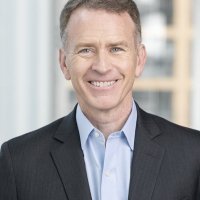 Host of NPR's Morning Edition and Up First