Labor Law Reform from the Perspective of the Brazilian Labor Court

Labor Law Reform from the Perspective of the Brazilian Labor Court

Brazil's specialized labor courts receive close to three million new cases every year. This information alone suggests that there is something wrong with the legal system built over the past eight decades to protect the rights of workers in Latin America’s largest nation. The ongoing economic crisis, which has cost more than fourteen million jobs and exposed the vulnerabilities of Brazil’s social security system, has brought the country’s complex labor legislation into public debate. Earlier this year, the Brazilian Congress passed legislation to make contracts more flexible, allowing outsourcing of labor. More ambitious proposals to reform the 1943 Labor Code moved forward in Congress in the first days of June and are expected to be approved by the end of the month,  despite the political crisis, as public opinion now favors changes that could lead to jobs creation and reduce employers' costs of hiring.

On June 13th, the president of Brazil’s Superior Labor Tribunal, Ives Gandra Martins Filho, and one of the members of the Court, Maria Cristina Irigoyen Peduzzi, will address changing parameters for labor conflict resolution in Brazil in the sixth installment of the lecture series on the Rule of Law in Brazil co-sponsored by the Brazil Institute and the Washington College of Law at American University. 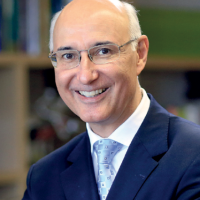 President of the Superior Labor Tribunal of Brazil 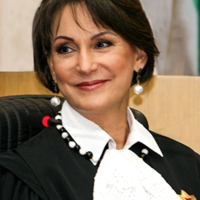