On November 15, incumbent Moldovan President Igor Dodon faced pro-European opposition candidate Maia Sandu in a national run-off election. Sandu, who has been projected the victor of the election, has promised to fight corruption, poverty, and reform the criminal justice system. In contrast, Dodon was the more pro-Russian candidate, advocating to make Russian compulsory in schools and to strengthen Moldova’s strategic partnership with Russia. Amb. William Hill, former Moldovan Minister of Foreign Affairs Nicu Popescu, and DGAP Research Fellow Cristina Gherasimov considered the results of the runoff election, its implications, and how the next president in Chisinau will manage Moldova-Russian relations.

William H. Hill
"President Putin indicated that Russia saw a stake in this election. So at least at one point, Moscow as well as some observers from the West viewed it that way. That's said, I think coming out of the election, the results are not going to be drastic… Russia extended an olive branch, Putin sent a fairly decent congratulatory telegram… the Kremlin and Moscow has indicated the readiness to work with the new president. We’ll see what comes of that, but the thing is there are significant domestic issues here and ongoing domestic problems that may or may not overshadow the geopolitical elements here. There's been continuing popular discontent with poverty, corruption, lack of opportunity in Moldova and this is all being multiplied by the effects of the pandemic over the past eight months with the ineffectual response of Moldova’s present leadership."

"One of the things the result of the election and the participation in this election underlines is a substantial proportion of Moldovan civil society, especially the younger part of Moldovan civil society, is abroad. If you look at the numbers that participate in Romania, France, Germany, Italy, Great Britain–– thousands of young Moldovans over the past two decades have left Moldova because of lack of opportunity, lack of space. If you travel, live in Moldova, travel around the countryside through towns and villages, you see the effect on the country, of the absence of so much talented young working power.”

Cristina Gherasimov
“What Moldova saw [on November 15th] was really a historic vote for dignity and integrity, somethings that many Americans could relate to as well in light of their own elections. It was also a vote against the current political establishment, against hate speech, against sexism and xenophobia and division of people along identity lines such as language and ethnicity. This picture should be attributed mainly to two groups: one is that of Maia Sandu and her team, who worked tirelessly to reach out to every Moldovan inside the country and abroad; the second group would be the 260K Moldovans who voted abroad despite COVID, despite bad weather, despite the long lines and obstacles to cast their vote freely due to the very long distances many of them had to cross to reach the polling station.”

“I think what [Maia Sandu] tried to offer is what unites [the youth and the elderly], and these challenges are literally related to the actual domestic context, no one is taking care or providing a plan for recovery out of the pandemic - something that turned out to be a disaster and played against President Dodon. [Sandu] is trying to reassure the population that she would be able to provide some kind of economic support to the most vulnerable social groups but also economic groups such as SME and she's also very much orienting her message towards the diaspora, many of who are ready to come back if there was such an opportunity. In terms of how much disappointment there could be in the future by not really addressing their needs or their  expectations, I think they are quite high. Only looking at the diaspora with 93% support, I think there will be disappointed people but that’s something we cannot avoid.”

Nicu Popescu
“Moldova has several very partisan media, many of them are Russian media, with a lot of influence on Moldovan debate, but you have several very good independent TV channels. Which have meant for the last 10 years, Moldova has had a very pluralistic political space.”

"Moldova has an open political space, it's been there, it's been open to close partnership with the U.S. With Russia, Moldova usually tried to go out of its way to maintain that relationship [stability], it didn't always work, but Moldovan leaders almost never engaged in hostile rhetoric against Russia. I also mentioned the neutrality status of Moldova, which is an explicit Moldovan decision from the early nineties to remove this issue of military alliances from potentially troubling relations with Moscow. So Moldova has done its bits of avoiding a [hostile relationship].” 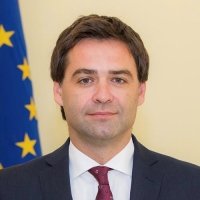 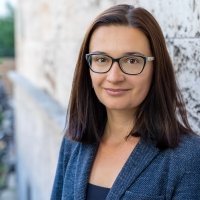 Blog post
Democracy
Lessons for President Hichilema – Can He Learn from Lungu’s Mistakes?
By Buchizya Mseteka on August 20, 2021