More or Less?: Two Accounts of Population and Family Planning

More or Less?: Two Accounts of Population and Family Planning

"The less we think about targeting populations, the less we think about controlling populations, the less we have a crisis mentality, the less we assume that all of our problems come from too many people," said Columbia University's Matthew Connelly, the more "we can work on the things that really matter, like reproductive rights, reproductive health care." Connelly, who recently authored Fatal Misconception: The Struggle to Control World Population, was joined by the Worldwatch Institute's Robert Engelman at "More or Less?: Two Accounts of Population and Family Planning," an event sponsored by the Wilson Center's Environmental Change and Security Program on April 22, 2008. It is imperative that "reproductive timing decisions belong to individual women and men acting freely and in good health," emphasized Engelman, author of the recently released More: Population, Nature, and What Women Want.

Connelly cited forced sterilizations, risky contraceptives, and substandard health care as examples of the morally offensive tactics and programs that marred the early days of the family planning movement. He asserted that efforts to curb population growth often focused not on empowering women to make decisions about their own fertility, but on discouraging them from having children or coercing them into using risky contraceptives.

In the last 25 years, family planning programs charted a new course, argued Connelly. He attributed this shift to women gaining a strong voice in policy decisions at population organizations in the 1970s. By the 1980s, these leaders had expanded the population and family planning movement's agenda to include reproductive rights and health, but the legacy of the previous decades left lingering distrust in many parts of the world. Connelly warned that as long as family planning organizations do not come to terms with the negative aspects of their history, some people will continue to suspect that these organizations are still pursuing a malicious agenda.

Engelman also acknowledged the family planning movement's past failures, saying, "It doesn't surprise me at all that it made some horrendous errors along the way." He added, however, that "there's really no doubt that the deaths that occurred … have been much more in the realm not of societies that organized family planning and population programs, but in those that discouraged, stigmatized, and banned contraception and abortion." While he recognized that international organizations and governments were sometimes complicit in the offensive programs, he took care to emphasize the differences between the more coercive tactics and the programs that instead focused on reproductive rights, health care, and women's ability to make their own decisions about childbearing.

Engelman's book delves deeper into the past than does Connelly's, taking a less analytical and more exploratory look at the history of population and family planning. Human preoccupation with population is ancient, said Engelman, who explained that "we started writing about our numbers pretty much as soon as we started writing, and we've kept at it ever since."

Population growth has been critical to many societies' success, Engelman explained. In eras of rapid economic growth, large populations were needed to drive industry and sustain economic expansion, which he believes explains the fierce opposition of both church and government to lower fertility rates. Based on his research into propaganda of the period, Engelman asserted that the hysteria over witchcraft that swept through Europe starting in the Middle Ages was spurred by concerns that midwives were teaching women how to prevent pregnancy or childbirth. Calling midwifery the "oldest profession," he praised midwives for helping to ensure women's health and ability to determine their own reproduction.

The Implications of Population Change

Connelly contested a number of common assumptions surrounding the links between population and environmental problems, poverty, and violence in the developing world. "There is a curious thing about promoting smaller families," he said: Doing so results in a significant increase in the number of households in a given area, which leads to higher net consumption. Environmental degradation, genocide, and poverty are issues that need to be addressed directly, he argued, not through the proxy of population. "You can't make [these problems] go away," he said, "just by making other people go away."

Engelman disagreed, arguing that population dynamics have significant impacts on many other areas, including security. "I'm sympathetic to people who felt like, if we could somehow address this one issue successfully, it would have just multiple benefits all over the place. And I frankly am a believer in that, I'm sure much more than many others," said Engelman, who co-authored The Security Demographic, a Population Action Institute report that found that countries with a high percentage of young adults during the 1990s were more likely to experience violent civil conflict. Population pressures "may in fact make some already weak societies—Rwanda, clearly not Belgium—societies that are weak for other reasons, more vulnerable to conflict," maintained Engelman.

Connelly believes the relationship between population density and violence is also tenuous. Political violence is driven by a number of complex factors—especially inequitable power dynamics—and demography is not among them, he maintained. Conceding that poor countries have historically had high rates of fertility, he argued that the tendency to tie population growth to poverty is not, in fact, supported by the evidence. For example, he said, there is no correlation between GDP growth rates and population growth rates.

Connelly also suggested that family planning programs may not be as effective as we assume. He noted that fertility rates have decreased not only in countries exerting intense effort to decrease fertility, but also in countries applying only marginal effort. He argued that the most important influence on population growth is whether women want smaller families; the major determinant of this desire, in turn, is access to education. Literacy in women may be the most important factor in declining fertility rates, which is not news; it has long been known that "the best way to bring down birth rates is to allow girls to go to school," he said.

"Population control has not worked," Connelly claimed, "because people will not be controlled." Engelman agreed that it is futile—and misguided—to attempt to control individuals' decisions, as most attempts to control population have in fact resulted in women having more children than they want. However, he disagreed with Connelly's assertion that population does not affect poverty, violence, and environmental degradation. "If slowing population growth is among the motivations for people and their governments" to invest in reproductive choice, "and if those investments succeed in slowing population growth, as they certainly have today, then that's a good thing," as long as individuals are allowed to make their own reproductive decisions, said Engelman.

The family planning movement's current priorities should be universal access to birth control, a campaign to end sex-selective abortion, free and equal access to infertility treatment, and reformed international adoption processes, said Connelly. "Reproductive freedom is a cause that can and must stand on its own, now more than ever."

Drafted by Sonia Schmanski and edited by Rachel Weisshaar. 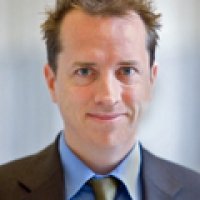