Next Steps in Pacific Alliance Integration

In the shadow of the British vote to leave the European Union and rising protectionist sentiment in the United States, the four presidents of the Pacific Alliance—Chile, Colombia, Mexico, and Peru—met last week in southern Chile to reaffirm their commitment to open markets, free trade, and integration. Notably, Argentine President Mauricio Macri attended the summit, indicating not only the sharp turn of his government in areas of international economic policy but also the interest of Chile, which took over the Alliance presidency, in building bridges to Mercosur. Beyond aspirations and issues of branding, what have been the concrete achievements of the Pacific Alliance? How probable is it that members will be able to pursue deeper financial integration, a goal set forth at last week’s meeting? What are the real possibilities of greater convergence between the Pacific Alliance and Mercosur and how do Brazil’s economic and political difficulties affect that effort? 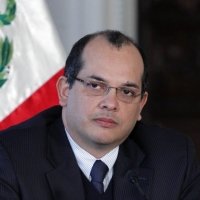 Director of the Trade and NAFTA Office, Embassy of Mexico in Washington, D.C.