Beginning in late May 2021, the Daniel Ortega regime in Nicaragua launched a wave of violent arrests of leading opposition politicians, student, business and campesino leaders, journalists, and high-level former Sandinista officials.  The detentions include six presidential pre-candidates hoping to oppose Ortega in the November 2021 elections.

The wave of repression is the most severe since mid-2018, when street protests led to the deaths of over 320 people, most of them civilians gunned down by Sandinista police and pro-government paramilitaries.  Since that time, the Sandinista-controlled legislature has passed a series of restrictive laws aimed at squeezing civil society groups receiving foreign funding, extending pre-trial detention to 90 days, and making it easier to criminalize opposition speech and activity.  Indeed, many of the detained presidential candidates have been charged with “treason” and their whereabouts remain unknown.

The U.S. and European governments, international human rights bodies, and regional bodies such as the Organization of American States have condemned the recent crackdown, which shows no signs of abating.

What more can the international community do to improve human rights in Nicaragua and free political detainees in advance of the November 7th elections?

"The Ortega-controlled Supreme Electoral Council recently barred a number of political parties from participating in the electoral process. Ortega has ordered the arrest of presidential candidates, civil society leaders, prominent private sector individuals, and youth leaders, and more. Most of these recent detainees have not been permitted to see or speak with their families, have not had access to lawyers, or even to see health care professionals. Some have been incarcerated for nearly 60 days including Juan Sebastian Chamorro and Felix Maradiaga. You can't help but admire the bravery of their wives,  Victoria and Berta, who are with us today. We are praying for the immediate and unconditional release of your husbands, and all the political prisoners in Nicaragua."

"Over the last several months, troubling events over many parts of Latin America has reminded us that the journey to democracy and liberty is just a distant dream for too many in that region. We see it of course in the Northern Triangle, Cuba, Haiti, and Venezuela. We also see challenges in close friends and allies like Colombia. Our neighbors in this hemisphere are speaking loudly and forcefully in a call for greater opportunities—both economic and democratic. Young people, simply put, want a better life for themselves and those that will come after them."

"This is not a political issue, and certainly not a partisan one. Both the Trump and Biden administrations have imposed sanctions against the Ortega regime. The Biden administration recently revoked visas for 100 legislators and judges that are controlled by Ortega and are undermining the democratic process. But clearly, more needs to be done."

"We also need countries across Latin America, especially in Central America, to step up and hear the calls for freedom and democracy from the people of Nicaragua."

"Any place that he can go and create a base in a country to be against the United States, that’s where Putin is going to be.  They started with Cuba, then Venezuela, now they're in Nicaragua, and they're moving along. There's some reports that they were behind some of the actions in Colombia. So, you know, we tend to take for granted, our southern friends. We tend to take for granted our southern friends, and I’ve been saying that since I’ve been in Congress for 15 years. This hemisphere, all these countries, are close to us, yet we’re not close to these countries. And we should really be closer to those countries, and watch what's going on.

"More than anything else, [other countries] can be a louder voice… All these countries around the region can be a loud voice and insistent that this thuggery that we have in Nicaragua stop[s], and release those political prisoners."

"Of course, I want my husband back…It's been…quite long. If you see the history of Nicaragua, you can see that Nicaraguan people [are] very brave and nice people. Very welcoming and happy people. And we have been suffering with different dictatorships [for] 2,000 years. So what we want is to have the opportunity to have a country where our kids can grow up and have the same opportunities and where a businessman can go and invest knowing that no one is going to confiscate their properties. We want a place where youth can know that they can build their own future. We want a place where women can have their own voices and can participate in the public spectrum of society. We want freedom."

"Daniel Ortega wants to stay in power forever. I believe they are following the same strategy of Cuba or Venezuela. They’re violating all type[s] of law in Nicaragua… We don’t have a rule of law. How are we going to talk about free and fair elections when you have six pre-candidates in prison? Just because they wanted to run against Daniel Ortega? It only shows how weak he is."

"It’s really important to realize that Nicaraguan people don’t have any opportunity to demand by themselves the release of the political prisoners, or free and fair elections, or just have the basic rights, civil rights, in Nicaragua. I think it’s time for the international community to really put in action."

In my case, I’m the wife of Juan Sebastian Chamorro. My husband has been disappeared for 41 days now. The same case for the other 26 political prisoners, who have been detained in the last month and a half. This has been very traumatic for my family. I have a daughter who is eighteen, and today, I am talking as a mother, as a wife, to let the international community know what our families are going through. My husband is a pacifist, who believes in democracy, who believes in a democratic transition and has been fighting the last three months…not fighting…pursuing this change for Nicaragua. He loves Nicaragua and he has been willing to sacrifice and work for it.

"This will be an opportunity for the government to show that if they want legitimate elections, they should let the pre-candidates register for the elections, which are from the 28th of July until the 2nd of August. If [Ortega] doesn’t release them, then how can the international community accept or say that we have legitimate elections if there’s nobody running against him?"

"In the region there are other countries with problems, there are crises everywhere, and the United States has other interests, maybe urgent ones. But we want to ask President Biden to keep an eye on us, to not forget us. Because even if we are not a priority for the United States, we’re still in a… humanitarian crisis and we need help."

"Beginning in late May 2021, the Daniel Ortega regime in Nicaragua launched a wave of violent arrests of leading opposition politicians, student, business and campesino leaders, journalists, and high-level former Sandinista officials.  The detentions include six presidential pre-candidates hoping to oppose Ortega in the November 2021 elections."

“Last year, no doubt looking ahead to this November’s presidential election, the Ortega regime and the Sandinista-controlled Assembly appeared to want to rule out any chance of an opposition victory.  Civil society groups receiving funding from abroad were forced to register as ‘foreign agents’, and lawmakers made it possible to criminalize anti-government speech and activity by calling it ‘treason.’”

"The U.S. and European governments, international human rights bodies, and regional bodies such as the Organization of American States have condemned the recent crackdown, which shows no signs of abating." 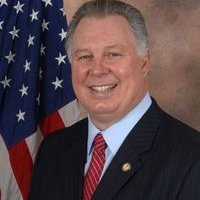 Chair, Subcommittee on the Western Hemisphere, U.S. House of Representatives 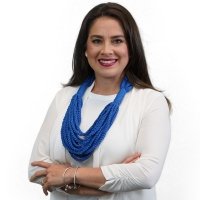 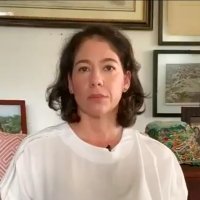