Ground Truth Briefing | Is North Korea Ready for Peace or Playing for Time?

In this Ground Truth Briefing, Wilson Center experts with extensive experience in Korea — including a former Pentagon official for East Asia, a former Seoul-based U.S. diplomat and intelligence analyst, and a journalist who ran news bureaus in Seoul and Pyongyang — parse the language of the Panmunjom Declaration, analyze the significance of the inter-Korean summit, and discuss the implications for an anticipated summit between Kim and Trump.

Ground Truth Briefing | Is North Korea Ready for Peace or Playing for Time?

After a decade of heightened tensions, the leaders of North Korea and South Korea held a landmark summit last week, pledging to work toward “complete denuclearization” of the Korean Peninsula and to establish a peace regime to formally end the Korean War.

But is it too early to celebrate, considering North Korea’s long history of broken promises? Or is it different this time around? How will this show of Korean unity set the stage, and shape, the anticipated summit between Kim and President Donald Trump?

In this Ground Truth Briefing, Wilson Center experts with extensive experience in Korea — including a former Pentagon official for East Asia, a former Seoul-based U.S. diplomat and intelligence analyst, and a journalist who ran news bureaus in Seoul and Pyongyang — parsed the language of the Panmunjom Declaration, analyzed the significance of the inter-Korean summit, and discussed the implications for an anticipated summit between Kim and Trump.

“The summit was extremely optimistic and ambitious – but also lacking in detail.”

“The devil is in the details. The challenge is not identifying the goals, it’s figuring out how to get there.”

“The fundamental question is, what is going to drive the agreement that comes between Trump and Kim? Will it be equally ambitious and lacking in detail as it was in Panmunjom with North and South Korea, or will it focus more in detail about how we will achieve those objectives? My sense is that it still remains to be seen, and that negotiations between the two sides are ongoing, and we’re really not going to know how this comes out until the two leaders meet with each other.”

“The question is beyond whether North and South Korea are really going to improve their relationship. Is North Korea genuinely willing to denuclearize? That’s the fundamental issue here.”

“Whatever it is, as difficult and complicated as it may be, the deal is the easy part. The hard part is what comes after the deal, is in the implementation, the sequencing of who gets what when, and the verification.”

“There are so many uncertainties here, but one thing we do know is … what’s different this time around, I would say not just two new leaders, but three new leaders in this region. In a sense,  [that includes] Kim Jong Un; although he’s been in a leadership position since late 2011, we have to look at that as the early stage of his leadership, because if all goes well for him, he should be leading his country for decades to come.”

“When [Kim] did take over leadership... he was still relatively unknown, not only to us, but also to his own people. I mention this because… think about how hard the pressure he is under as a young man who is inheriting leadership of a country that is, let’s be honest, incredibly impoverished; we don’t know the exact size of their economy, but it’s estimated to have a GDP per person per year of $1,800.”

Regarding the 2012 Leap Day Deal: “This was a leader who I believe was thinking, ‘This is not right for me; I’m not in a position to go into this negotiation,’ and decided to put… the country’s resources and all of his cards into a nuclear weapons program that he calculated would give him the military credibility that he needed back home to lead his people, but also give him international credibility as a nuclear power. He played that strategy very, very skillfully.”

“Knowing North Koreans and having negotiated with them myself, I’m telling you, they are tough. They don’t give anything away for free, so we need to be very, very careful going into these negotiations, understanding that they are going to be asking for something every step of the way in return.”

“This juxtaposition of strength and weakness that you have in North Korea – where, according to projections, it could have nuclear arsenal half the size of Great Britain’s by 2020 in terms of number of warheads… and an economy of $1,800 per capita. [That’s] is 43 billion dollars a year… in contrast with South Korea’s 1.4 trillion dollars… so this is the dilemma that Kim Jong Un is in.”

"North Korea's nuclear program is not the same nuclear program that we faced during the Agreed Framework or the six-party talks or the two previous inter-Korean summits, for that matter. It's grown considerably in both quantity and quality, and the challenge from a technical perspective now is much higher than it was when we had negotiations in the past… They now have a tested, actual nuclear weapons capability, so it becomes much more difficult for them to give up an actual capability than a theoretical one.”

“From the technical standpoint, we face bigger problems, but on the optimistic side of things… which are mainly political, there are reasons for us to be more sanguine: First is, I’d say that it is the U.S.-South Korean combined approach… In the past, there’s been a North Korean effort to wedge the allies and use that to their advantage. But this time around, we see something different in the sense that the North-South summit is coming just weeks before the U.S.-DPRK summit. There is a very explicit effort to link the two efforts.”

“… Secondly, I would say that the U.S. involvement in the peace regime is seriously on the table this time. I think, fundamentally, we have to ask ourselves a question: what would prompt North Korea to give up the world’s most powerful weapons?”

“Complete, verifiable, irreversible denuclearization certainly is a long road, and I’m not sure whether or not we could get there – but the standard should be, I think, whether or not any agreement that we pursue is better than the status quo as the alternative.”

“We know North Korea’s historical asks, but we don’t yet know what they are asking for in these particular negotiations, so I’d caution those… believing either the analysis of ‘there is an impossible bar that North Koreans can never achieve’ or that ‘this will be an easy process.’” 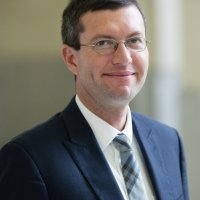