This event is co-sponsored by the Ratiu Family Charitable Foundation and the Ratiu Center for Democracy. 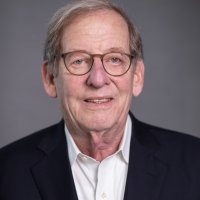