Eurasian geopolitics are more fluid now than they have been for at least a decade. The looming U.S. withdrawal of combat troops from Afghanistan and Russia's uncertain capabilities in the region leave a vacuum for new extra-regional powers to fill.

Eurasian geopolitics are more fluid now than they have been for at least a decade.  The looming U.S. withdrawal of combat troops from Afghanistan and Russia's uncertain capabilities in the region leave a vacuum for new extra-regional powers to fill.  China has taken on a role as the most consequential economic actor in Eurasia. Will China’s growing influence spread into the political realm?  The European Union, and some of its key member states, has refocused on its eastern neighbors, as well as the countries east of the Caspian.  Will the EU present a more sustained Western engagement in Eurasia once the United States leaves?

“Reshaping Eurasia’s Future” – a workshop co-organized by the Wilson Center's Global Europe Program, in partnership with the Kennan Institute and the Kissinger Institute on China and the United States – will feature two panels dedicated to the roles that Russia, China and the European Union play currently in Eurasia, as well as a keynote address delivered by Lynne Tracy, Acting Principal Deputy Assistant Secretary of State for Central and South Asia.

Former Deputy Head of the OSCE Center in Bishkek 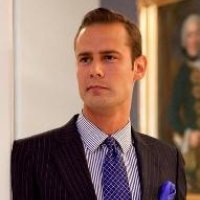 Director of the Central Asia Desk, Department of State