From Sea Denial to Nuclear Deterrence: India's Quest for a Nuclear Submarine

From Sea Denial to Nuclear Deterrence

India’s Quest for a Nuclear Submarine

India’s quest for a nuclear submarine began with an interest in nuclear propulsion as a “technology of future” in late 1960s, but the strategic rationale soon shifted to “sea denial” against extra-regional powers operating in the Indian Ocean. Joshi will argue that until the end of the 1970s, there is no evidence available that India was planning to develop its submarine program into a platform for its nuclear weapons. While India’s submarine program gained speed during the 1980s with help from the Soviet Union, the program was configured around the Soviet Charlie-II class submarine, an attack submarine. Moreover, the collapse of the USSR meant that the promise of Soviet technological assistance never materialized in full.

Joshi will argue that the program’s shift towards ballistic missile submarines began after the nuclear tests of 1998, but his research also suggest that the strategic inertia of “sea denial” continued to have heavy influence on the program, as seen through India’s official pronouncements and internal documents. Using declassified materials from the British, Indian, US, and Russian archives, interviews with key decision-makers, and open sources, this seminar will explore the process through which “sea based nuclear deterrence” became a part of India’s strategic calculus. 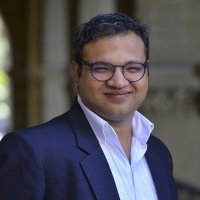 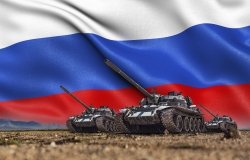 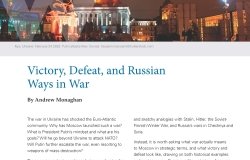