The Selling of a Centennial, 2021 : What the Chinese Communist Party’s Propaganda Reveals About the CCP

The Chinese Communist Party was founded in July 1921 as a small, revolutionary group that hoped to impose a foreign ideology—Marxism-Leninism—on a vast, weak, poor agrarian nation. In July 2021, the CCP hopes to use its 100th anniversary to convince China, and the world, that it is the only organization qualified to lead a powerful, wealthy, ambitious superpower. How Xi Jinping and his propaganda ministries tell the story of the past hundred years, and how that experience be understood, speaks volumes about the CCP’s goals and values as it looks to its future.

Please join three of the world’s leading scholars of Chinese propaganda and media—all of whom have recently conducted research as Wilson Fellows—for a detailed analysis of how the CCP sees, and sells, its leadership of China after 100 years. 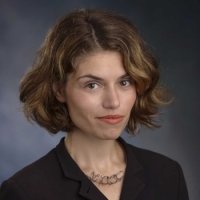