So-Called Land Grabs in the Global South: Reality and Repercussions?

This event was a frank conversation regarding the positive and negative aspects of these deals on the macro and micro level in Sub-Saharan Africa, considering 70% of contemporary large-scale land acquisitions are based in this region.

How to Ameliorate the Current Reality of “Land Grabs” in the Global South?

All of the panelists agreed that there was a need for more regulations regarding large-scale land acquisitions in the Global South. Moreover, this can be accomplished if national and international stakeholders actively engage the private and public sectors to ensure that the indigenous populations’ rights are not violated. Through the inclusion of communities, Boudreaux, Kugleman, and Metho posited that these deals could be both fair and beneficial. Furthermore, Boudreaux asserted that technology could be used by community members to more accurately survey the land and better demarcate the boundaries between plots bought and those not purchased during transactions. Finally, it was posited that the most powerful of tools to counteract the negative consequences of this trend might be the involvement of civil society and NGOs, as they are crucial “in building the capacity of communities to engage and negotiate.”

The Complicated Practice of “Land Grabs”

“‘Land grab’ is a red flag word, quite derogatory really and not really fair since it doesn’t capture the [real] picture of what is going on in the southern hemisphere,” Steve McDonald, Director of the Africa Program and the Project on Leadership and Building State Capacity at the Wilson Center, stated. 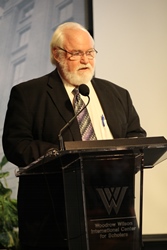 Although large-scale commercial land acquisitions are becoming routine all over the Global South, there are many critics that feel that this practice is inequitable and unfair to indigenous populations and has the potential of creating a neocolonial dynamic between the developed and developing world. On the other hand, there are national and international actors that see this as a sound economic opportunity that can be regulated through disciplined “land-market governance.”  In sub-Saharan Africa, where 70 percent of all land grabs take place, the main “grabbers,” as McDonald termed it, are China, India, South Korea and the Gulf Arab states, whereas in Latin America, land procurement is primarily done by the United States and Europe. This is “obviously a question that needs to be examined seriously in all of its dimensions for all of its pros and its cons,” stressed McDonald and can only be done through the collaboration of interested parties to address the obstacles and opportunities that these deals may present.

Formulating a Response to a Growing Trend

“This issue is very much a concern for civil society members, NGOs, and investors as well,” Karol Boudreaux, Africa Land Tenure Specialist in the Land Tenure and Property Rights Division of the U.S. Agency for International Development (USAID), asserted, “[and] this is why this issue is a concern for all stakeholders involved in the process.” 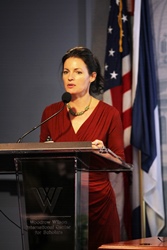 Boudreaux took care to emphasize that these “land grabs” or “large-scale land acquisitions” are impacting people in many different countries and areas throughout the world. The driving factors behind this trend are impacted by an increased demand for agricultural land, access to water, timber, forestry, extractives, conservation efforts, and urban expansion. Worries about this practice stem from the fact that “in most sub-Saharan African countries, the government is the title owner” of available, arable land, and in many cases, there is little or no community consultation by investors, as they do not understand what it means to engage locals who possess traditional land rights, rather than documents in writing. In effect, these land deals occur in sub-Saharan Africa because the transaction costs surrounding them are “inexpensive [due to] weak governance systems that ineffectively capture the value of land.”

In May 2012, the international community’s response to these “grabs” finally manifested in the adaptation of a “soft international law” document entitled “The Voluntary Guidelines on the Responsible Governance of Tenure of Land, Fisheries and Forests in the Context of National Food Security” (VGGT), a set of guidelines whose goal is to reinforce respect and legitimize the rights of those who participate in or are directly affected by these deals. Furthermore, it places a strong emphasis on “facilitating a win-win engagement with the private sector” and holds governments accountable to the people and the international community for the deals’ equitable administration. “We have a great opportunity now to push for, argue for, and advocate for positive changes,” Boudreaux concluded. In particular, she said that engagement with the private sector provides an opportunity for both local governments and international organizations to convey the socioeconomic complexities surrounding land acquisitions.

Not Just an African Phenomenon

Michael Kugelman, Senior Program Associate for South and Southeast Asia for the Wilson Center’s Asia Program, pointed out that Asia was second only to Africa as the most popular target for land investment. In Asia, these acquisitions create “real fears of and [lead to] actual displacement” of local populations, as well as promulgate “real concerns about conflict potential” as they exacerbate “ethnic tensions between buyers and locals.”  The main difference between these investments and those found in sub-Saharan Africa is that they are “intraregional,” and are not coming from international actors. 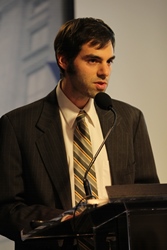 Similarly though, Latin America’s hosting of many large-scale land acquisitions has resulted in population displacement. However, international investors in Latin America invest in local companies that own the land, rather than directly purchasing the land. Just as in the case of Asia, most of the land speculation in Latin America is intraregional; however, the social and economic repercussions are not as prevalent in this region as they are in sub-Saharan Africa and Asia, as there is “relatively little impact on food production and food security.” These acquisitions do not focus on the production of staple crops, but rather on biofuels and occur mostly in sparsely populated areas. Kugelman then discussed how “land grabs” in the former Soviet bloc countries are not at all similar to those taking place in Africa, as they do not stir unrest in the local communities. Although there are stakeholders and governments that contest these deals, the opposition to them is the anomaly, not the norm.

Understanding the Repercussions in an African Context – Views from Ethiopia

“The land grab is a very, very serious thing,” charged Obang Metho, Founder and Executive Director of the Solidarity Movement for A New Ethiopia (SMNE). 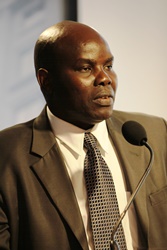 The intensity of the land rush in sub-Saharan Africa was compounded in 2008 as a result of a world food shortage, and the epicenter of land grabbing became sub-Saharan Africa where land resources had been relatively untapped. With regard to Ethiopia, the consequences of this rush are felt as “local people are seen as obstacles” to these acquisitions rather than business partners on the ground. In 1950, Africa was able to feed itself, Metho said, but cannot today. The effects of this “second scramble for Africa” are exacerbated by regimes and leaders who continue to invite foreign investors like the Chinese and Indians without assuring that their peoples’ rights are considered. “The problem for Africa is a problem for all of us,” Metho concluded.

Founder and Executive Director, The Solidarity Movement for A New Ethiopia (SMNE) 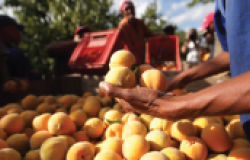