Water is indispensable, but also highly variable. Communities around the world need a reliable and predictable supply of fresh water, but outdated infrastructure, poor management, and political battles can make this difficult—and this challenge is exacerbated by fluctuating weather patterns and frequent natural disasters.

Water variability is increasing “due to climate change and to more frequent natural disasters,” said Jonathan Cook, Senior Climate Change Adaptation Specialist with the U.S. Agency for International Development, at the fourth and final event in a series on water security organized by the Wilson Center and the Sustainable Water Partnership. To solve the problem of increasingly erratic water, “business as usual is really not acceptable anymore,” said Will Sarni, founder of WetDATA.org, who called for new, innovative ideas: “Hope is not a strategy.”

“Agriculture currently uses about 70 percent of the world’s freshwater resources, with only about 10 percent going to cities and residents, and 20 percent going to industry,” said Kate Tully, Assistant Professor of Agroecology at the University of Maryland. Water is “embedded in the foods that we eat,” she said; the most “water hungry” foods—like beef and pork—represent much more water use than poultry and legumes.

Through agricultural products, virtual water moves around the world. “The globalization of trade has decoupled the environmental effects that are a result of our agricultural production from the places that are consuming those products,” said Tully. “We now are relying very heavily on a few water-rich regions to provide most of our food.”

But environmental changes, including climate change, may threaten this reliance. For example, at the current rate of sea-level rise, a good portion of habitable and agricultural land space in Bangladesh will be underwater. In Africa and Asia, eight major crops may be lost by 2050, warned Tully.

Droughts and floods in the United States also threaten trade.  The U.S. Army Corps of Engineers, which manages navigable rivers, channels, and dams, can recover from floods relatively quickly, said Kathleen White, the lead of the Corps’ Climate Preparedness and Resilience Community of Practice. But droughts can present significant challenges: If “you can’t get any barges down the river, then there’s a real problem.” Improving the United States’ hydroclimatic forecasts will help improve dam management, she said.

“Hope Is Not a Strategy”: Solutions

To solve these problems, we must “think about 21st century infrastructure, beyond just centralized systems,” said Sarni. The private sector is moving from supply-side concepts like managing water risk to a more proactive approach to water stewardship. But for Sarni, companies should move even further—towards water innovation—by focusing on the opportunities for business growth and value creation.

“Digital water is the game changer in the world of water: applying information and communication technologies to a sector that desperately needs it, so we know how much water we’re using and how we’re using it,” said Sarni. He called for a shift away from “using water once and throwing it away” towards the circular economy concept of “one water,” which involves diversifying sources and “reusing water over and over again” to maximize efficiency.

California’s West Basin Municipal Water District has adopted technological solutions to diversify water sources and ensure a “balanced approach to water reliability,” said Scott Houston, member of the district’s board of directors. The water recycling plant in El Segundo, California, generates water suitable for industrial and agricultural uses and replenishes seawater barriers that prevent saltwater from getting into freshwater aquifers. The district has also launched an ambitious program to test large-scale desalination to increase future supplies.

However, any technological solution brought into the developing world should consider the local context. While living in Kenya and Tanzania, Tully saw some projects fail due to lack of local capacity, such as solar-powered micro-irrigation systems scavenged for parts within a year. “You couldn’t even buy the right-size PVC pipe, because they don’t make it in Africa,” she said. In some regions, White pointed out, wells might not be a good solution if the water’s contact with the soil can cause health issues, such as arsenic poisoning.

Overall, we need to embrace holistic solutions that avoid silos and consider perspectives from the economic, policy, technology and business sectors, said Wilson Center Global Fellow Ladeene Freimuth. “These types of solutions—the innovation, the creativity--will  be part of creating a more sustainable, resilient, and secure water future for us all.” 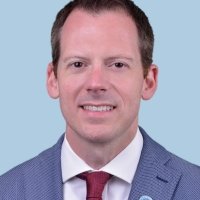 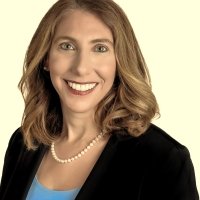