There is much riding on the early parliamentary elections in Ukraine on October 26. Ukrainians face an ongoing war despite the tenuous ceasefire in the Donbas region, and severe economic pressures. The desperate need for reform is still at the top of the agenda for Maidan activists who overthrew the Yanukovych regime in February, and for the international community which has pledged to support Ukraine financially through the difficult months ahead. How can the new Rada to be elected this Sunday make meaningful progress in the face of these daunting challenges?

1. President Petro Poroshenko’s legitimacy and approval was reinforced on Sunday as pro-Western parties won the majority of seats in Ukraine's new parliament. Most pro-Russian parties were largely voted out of Parliament, and the new coalition plans to pursue agreements with the European Union.

2. Petro Poroshenko’s Bloc and the People’s Front were neck and neck in the exit polls with each gaining just over 21% of the total seats, making President Petro Poroshenko and Prime Minister Arseniy Yatsenyuk the biggest winners in the election.

3. Leading up to the elections, candidates largely campaigned on their personalities rather than policies and substance. Many candidates voiced support for a reformist and pro-European agenda yet failed to address how they would tackle the country’s energy and economic challenges.

4. Despite relative calm, Ukraine is still at war and voter turnout in the eastern regions was fairly low, as expected, with only 30-40% of the electorate voting in the East. In the western regions, voter turnout ranged from 50-70% of eligible voters.

With early parliamentary elections held on October 26, Ukrainian citizens had an opportunity to honor the spirit of the Euromaidan revolution and elect a new parliament that could steer the country out of conflict and towards a new future.

In western Ukraine, many citizens and candidates were eager for the early elections and have been vocally supporting the anti-corruption and pro-European platforms advocated by President Poroshenko and his bloc of political allies. As their popularity soared, Dr. Haran explained, “pro-European and reform parties” would win the majority of seats in the Rada. Ms. Drach agreed with this prediction, claiming she expected to see a “shift in (Ukraine’s) political landscape” following Sunday’s elections.

However, Dr. Haran also stated that, due to the country’s unchanged electoral laws, a number of entrenched and potentially corrupt politicians, who served in the Yanukovich government, were likely to reclaim seats and still wield some influence in policy decisions. Indeed, the Opposition Bloc, which is essentially the remnants of The Party of Regions of former President Viktor Yanukovich, gained between 7-10% of the vote. With half of the contested parliamentary districts still operating as single-member constituencies, in which a simple plurality determines the winner, Dr. Haran was concerned that bribery and other forms of fraud would still be effective in determining election results. This could be problematic, as the demand for reforms will likely grow now that a new parliament is formed.

In particular, Mr. Druzenko worried that the new government will not be able to enact reforms quick enough so as to appease the peoples’ high expectations. So far, the Poroshenko government has been able to justify its inaction by claiming that it is waiting for a parliament to be formed before introducing new policies. However, with the formation of a new parliament, there will be no excuse for the government not to act. Although leading parliamentary candidates have been quick to espouse progressive rhetoric, Mr. Druzenko is “skeptical” that they will be able to enact the “radical and very painful reform(s)” needed to tackle the country’s looming energy and fiscal challenges.

Regardless of this new push for equal, open, and transparent voting, other realities on the ground cannot be ignored: most pressing, the country is still divided by war. Although surveys indicated that 70% of Ukrainians supported holding early elections, Ms. Drach estimated that roughly 4.6 million people were not able to take part in the elections. In Crimea, home to 1.2 million people, only three and a half thousand people planned to vote in mainland Ukraine. This is a sharp decline since May’s presidential election and many have reportedly voiced skepticism that “their vote will make a difference.” Further, ethnic Tatars have stated that they are reluctant to cross the border to vote in Southern Ukraine because they are afraid Russian officials will not allow them to reenter Crimea.

Despite these reasons for uncertainty, many others were optimistic heading into the elections. Citing recent surveys, Ms. Drach confidently claimed, “more than 40% of Ukrainians expect good things from the elections.”

Even now that the election results are coming in, and a picture of the new parliament is forming, significant challenges remain for Ukraine. There is a strong hope that the new Ukrainian government can begin to make significant progress implementing the post-Euromaidan reform agenda, heal lingering social wounds related to the conflict with Russia, and sustain a course towards integration with the European Union. 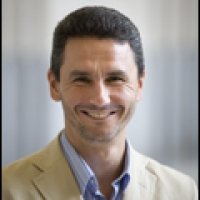