The Outlook of the October Presidential and General Elections in Brazil

POSTPONED UNTIL MARCH 18th The Brazil Institute will host the first of a series of seminars on this year’s elections.

President Dilma Rousseff seems well positioned to be reelected in the first round of elections on October 5th as Brazil embarks on the seventh consecutive general election campaign since the reinstatement of democracy three decades ago. Polls indicating she is the favorite among the three likely major candidates come, however, with an important caveat: two thirds of the voters say they feel anxious about the future and want change. Media reports suggest that former president Luiz Inácio Lula da Silva, an experienced politician and Rousseff’s mentor, worries about the possibility of popular governor of Pernambuco Eduardo Campos, a former ally of the Workers’ Party-led coalition, emerging as the challenger in a second round. A number of factors could indeed alter the electoral outlook in the months ahead. Among those are the economic trends on growth, employment and inflation, expected protests around the time of the World Cup, to be played in twelve Brazilian cities from mid-June to mid-July, and the shape of regional electoral alliances. New factors could weigh heavily and force Rousseff to a second round. Among these is the shaken state of the PT’s alliance with it main ally, the center-right PMDB, and speculation about the potential candidacy to the Federal Senate of justice Joaquim Barbosa, in Campos’ Socialist Party ticket, which he denies but experts view as possible. The first black member of Brazil’s Supreme Court, Barbosa gained exposure and became widely popular as the presiding judge of the recently concluded Mensalão trial of political corruption.

On Monday March 17th, the Brazil Institute will host the first of a series of seminars on this year’s elections. Journalist José Roberto de Toledo, an expert on public opinion at daily Estado de S.Paulo, will lead the discussion. Speakers include political science researcher Fernando Guarnieri, of the Center for Metropolitan Studies at the University of São Paulo’s Comparative and International Studies Research Center, currently a visiting scholar at the Department of Government and Politics at the University of Maryland; Oscar Vilhena Vieira, dean of Fundação Getulio Vargas’ Law School in São Paulo, Brazil Institute Global Fellow Carlos Lins da Silva and Paulo Sotero, the Institute’s director, who will also serve as moderator. 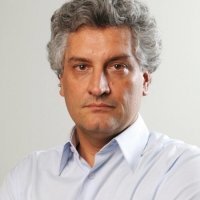 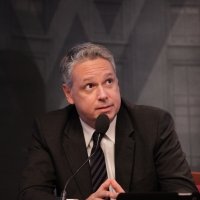