Skip to main content
Support
Explore More
Close
Article
Democracy
The Global Stakes on Why Black Lives Matter
By Mitchell Reiss on September 21, 2020
Share on FacebookShare on TwitterShare via Email
Share
Part of the Democratic Governance & Rule of Law in Latin America
Event

The Rise of the Right in Latin America?

The Rise of the Right in Latin America?

Corruption scandals, the fall of commodity prices, and recent electoral outcomes in Latin America have given rise to the thesis that the left is in decline throughout Latin America. Argentina’s November elections overturned the ruling Peronist coalition, bringing the center-right pragmatist Mauricio Macri to power on December 10. In Brazil, almost daily arrests and revelations in the massive Petrobras corruption scandal threaten the government of President Dilma Rousseff, while Chile’s reputation for good governance has been eroded by graft charges around and within the government of President Michele Bachelet. Meanwhile, polls point toward a historic loss for chavismo in Venezuela’s legislative elections on December 6. Are we witnessing the end of the so-called “left turn” in Latin America, and is the right poised for a comeback? How might the right’s experience in the political wilderness since 2000 shape what happens next? What does the possible resurgence of the right mean for individual countries and for the future of democratic governance across the region? Kent EatonFellow, Wilson Center Agustina GiraudyAssistant Professor, School of International Service, American University Juan Pablo LunaProfessor, Pontifical Catholic University of Chile Cynthia J. ArnsonDirector, Latin American Program, Wilson Center 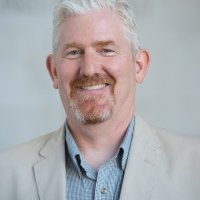