An Update from Manaus: COVID-19 and the Ongoing Public Health Crisis in the Amazon

In mid-January, a number of hospitals treating COVID-19 patients in Manaus, Brazil, ran out of oxygen. Dozens of patients died. Throughout the city, medical providers were in the eye of a COVID-19 storm, with case counts spiraling upwards and hospitals running out of beds. Many pointed to the arrival of a new variant of COVID-19: the P.1 or Brazil​ian strain of the virus, considered more contagious and possibly able to re-infect survivors. Yet it has also become clear that there was a breakdown in the government response to the surging caseload, and Brazil’s prosecutor-general recently opened a preliminary investigation into Health Minister Eduardo Pazuello​'s actions. Meanwhile, new COVID-19 cases remain high in Manaus and the vaccine supply remains limited—and the new COVID-19 variant is spreading across the country.

On February 12 at 9:00am EST, the Brazil Institute held a discussion with three experts from Manaus on the health crisis in their city and what it means for the rest of Brazil.

“In mid-December we had a second wave, much stronger than the first wave, reaching around 200 deaths per day. If you add [it] up, the number of deaths that occurred above normal is about 8,527 [excess deaths]. This is in a city of 2 million people. So, you are talking about 0.4 percent of the population, one in about 200 people. That’s more than anywhere else in the world.”

“One of the things that Brazil should pay attention to is logistical issues and try to understand if there are bottlenecks, such as we had for oxygen in Manaus. If we have something like that happen elsewhere [in Brazil], are we ready to remediate it somehow?”

“Logistics was a very difficult topic in the second wave because of the lack of oxygen in the city of Manaus. The city of Manaus consumes about 14,000 metric cubic meters of oxygen per day on an average day and the total production capacity was around 30,000. During the peak of the pandemic, we had a demand of around 80,000 cubic meters. Manaus was not able to supply enough oxygen for people, so during the peak the number of deaths was very high.”

“Unfortunately, people are still believing in rumors and unproven methods to contain COVID—for example, Ivermectin, an unproven method to treat COVID. The level of consumption of these goods has been enormous, hundreds of times higher than the usual consumption.”

“The economy, of course, is suffering tremendously. Brazil, last year, made payments for people to stay home and to be able to protect themselves. Those payments ended in December. So, January and February in Manaus have been especially dramatic, because people have had to protect themselves, but they're not getting the support. There are rumors that we will get the support starting March or April but, you know, that may be too late for a significant number of people in terms of keeping either their lives or their livelihoods.”

“We have a total number of deaths by COVID-19 in the state of Amazonas that reached now almost 10 thousand cases […] Manaus has the highest lethality in the hospitals in the country, the rate is 3.28 percent lethality of the patients that come to the hospital.”

“The Amazon is currently in what we call ‘purple phase’, which corresponds to the maximum risk classification for COVID transmission. The state faces a new outbreak of COVID and suffers from a collapse in the health system since January [...] Right now we have an occupancy rate in intensive care beds in the capital more than 91 percent. In January, we had a total collapse: [we were] without beds, without oxygen, and patients had to be transferred to other states in the country.”

“How did we come to the situation? There is a lack of mitigation, the strategy was very poor since the beginning of the pandemic, and now we are having twice the number of cases. [...] It is a multiple cause: we can say we have a very deficient and unequal health system in place, this problem is before the pandemic. We have the absence of [social] distancing measures and use of masks, and we have the new variant circulating, the P1.”

“The World Health Organization declared that the coronavirus pandemic is further proof of the dangerous relation between the virus and human pressures on the environment. There is a need for governments and individuals to understand that climate change is a public health problem, not only a matter of ecology or activism.”

“We have a new virus, but […] old problems in Manaus. The weak health system in the Amazon is not ready to face this kind of crisis. Manaus is the only city in the state with intensive care units—the other sixty-two don't have this kind of care. And it is the city with the lowest intensive care per 100,000 inhabitants. […] Primary care is also very weak in the whole region, and most of the people have informal jobs, lack of working rights. The Amazon region has also the highest level of poverty, and very low HDI (Human Development Index). So, these factors contribute to intensifying the crisis.”

“Corruption is also a problem. We had in the respirators purchase process corruption. More recently, [we had] fraud on the vaccination against COVID, people had jumped the queue of the priority group to be vaccinated.”

“What we need is a sustainable serologic and genomic surveillance in Manaus […] with simultaneous monitoring SARS-CoV-2 reinfection. We also have to determine the efficacy of the existing COVID vaccines against P1 and other variants—that is crucial. There is an urgent need to speed up the vaccination, especially for indigenous people and older adults. Social support is mandatory to control transmissibility and deaths. Finally, academia, health care providers, community leaders, politicians, and governments need to work together to rethink our health structure and take this opportunity to do what must be done to avoid a new crisis, and to respect and treat the Amazon people with dignity.”

“After the elections, we had the elections in November, we saw lots of agglomerations, lots of people together, shaking hands, and giving hugs in every city of Amazon, and of Brazil too. We didn’t see an increase in that moment, but then December came, and we saw the increase [in the number of cases] [it was] so fast.”

“The supplier of oxygen in almost all Brazil told us they were struggling a lot to supply oxygen to Amazonas. […] We put it in the newspaper, on our websites on January 7. Nobody was talking about that. The governor didn’t say anything about that, the President, [the] authorities that could do something about that, didn’t. One week later, on January 14, we saw people dying without [oxygen].”

“I think we are not even close to ending the situation because the numbers are too high. We can’t celebrate if we have 100 deaths today and fifty tomorrow. Fifty [deaths] is too high. They are people, they are parents, they are sons. […] They are not numbers, they are people.”

“In all our cities in the Amazon, between all of them, we just have intensive care in Manaus. So, people from [other cities], cities that are too hard to get to Manaus, that are 800 km, a 1000 km far. [They can reach Manaus] just by plane or by boat, it is a one-day trip. The governors who didn’t give intensive care to the small cities in the Amazon, they have part on this too […]” 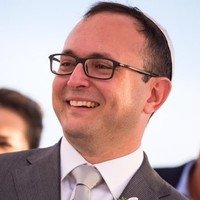 CEO of Lojas Bemol; Co-Founder and Board Member of Fundação Amazonas Sustentável 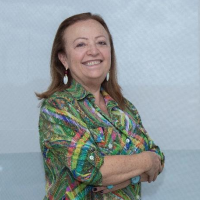 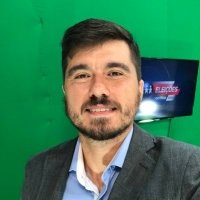 Executive Editor of A Crítica