US Foreign Aid to the Northern Triangle 2014-2019: Promoting Success by Learning from the Past

Northern Central America is in the throes of crisis once again.  Two devastating Category 4 hurricanes in the midst of the Coronavirus pandemic have shaken a region already faced with daunting challenges.   Natural disasters and the pandemic have magnified previously existing problems such as long-term environmental destruction, economic and social inequality, networks of corruption, weakened government institutions, elevated levels of crime and violence, and distrust in government.   As a result, the risks of renewed mass migration events like those in 2014 and 2019 are real.

The United States will have to consider how to respond to these factors, as well as their implications for a range of U.S. interests.  Drawing lessons from strategies and experiences employed by the United States between 2014 and 2019  in an effort to address the sources of instability in El Salvador, Guatemala, and Honduras should be a starting point. That is the basis of a new study to be presented by the Woodrow Wilson Center on December 2.   The report suggests a number of new strategies for confronting the wide set of structural weaknesses in Central America that may offer useful ideas for U.S. policy deliberations in the coming years.

‘‘Improved democratic governance must be at the center of U.S. priorities in the Northern Triangle. It is not the only priority, but it has to be a top priority.”

‘‘The main impediment to sustained, broad-based economic growth and improved security in the Northern Triangle are the deep structural challenges related to corruption and weak democratic governance. The absence of strong democratic governance exacerbates the problems of crime and violence, poverty and inequality, and undermines educational opportunity and basic health care, among many others.’’

‘‘It is important for us to remember that there are very capable reformers, and very smart and dedicated public servants and civil society leaders in Central America. Sometimes, we start with the assumption that people are not capable or do not have the willingness to do things, but in fact, there are a number of excellent partners...and we need to reach out to them and make sure that we are providing not only the technical and financial support, but also the political support they need to continue their work in this context of weakened government and corruption.’’

‘‘Aid delivery in El Salvador is dominated by U.S. contractors, as it is in most of the world. USAID, to its great credit, funds some Salvadoran organizations directly. More U.S. assistance projects should be planned with and delivered through Salvadoran organizations, not only because of their greater and more nuanced understanding of the context, but because building stronger civil society organizations strengthens the social infrastructure for reform that will endure long after assistance has ended.’’

‘‘Democratic governance is at the heart of Guatemala’s challenges and should be at the heart of USG assistance. If this central role of governance was true earlier in the year, it has only become more evident and more critical with the pandemic; and at its core, the ability of Guatemala, or any country, to respond and eventually recover from COVID-19 is going to depend on the quality of the democratic institutions and processes.’’

“In many ways, [CICIG] is a success story for USG assistance in that at least for a while it demonstrated that U.S. influence can make a difference; but it also illustrates the promise and the parallel of international assistance in the democratic governance space. [...] [CICIG] was not an America-only sort of initiative. It was obviously something that was again, created or invented by civil society and reformers in the country that enjoyed broad support of bilateral donors and then of course was implemented by a multilateral organization. And again, that civil society engagement--it was civil society, with their ingenuity and creativity who came up with the idea for this pioneering effort that was CICIG and that helped to maintain it for so many years through advocacy and information sharing, organizing and providing a counterbalance to certain elite sectors.

“The political environment in Honduras presents arguably the most difficult challenge for U.S. interests in the Northern Triangle. This goes greatly to a 2009 coup, questions around the legitimacy and fairness of the 2017 presidential election – there is a lot of damage to its reputation in Honduras and had a negative effect on program outcomes. To further complicate the situation, President Juan Orlando Hernández has been identified as a co-conspirator in several drug trafficking cases by the U.S. Justice Department. His own brother was convicted of U.S. Prosecutors last fall, and himself and his party which has been in power since 2010 has been embroiled in just a never-ending stream of corruption scandals, including recently involving COVID-19 relief funding.”

"The MACCIH provided political cover for a local anti-corruption unit to act with unprecedented independence, and that’s what really got things done. It was the local prosecutors doing most of the work. The international experts of the MACCIH were advising them and helping them and more than anything providing that political cover.” 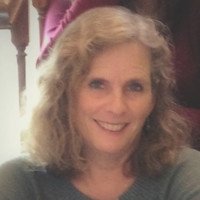 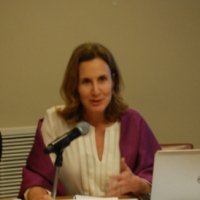 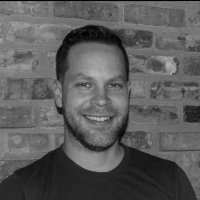