Waste Management in the Shadows in China

For nearly 40 years China has been the world’s recycling bin, importing waste, including plastics, to use as cheap feed stocks for Chinese manufacturers. For both imported and municipal waste, an army of informal waste workers, recyclers, and scavengers rose up to build a private sector operating in the shadows, initially with little government support or coordination. ​At its peak in the 2010s, some 3 to 5 million ​worked in China’s informal recycling sector.

In 2018, following China’s Green Sword Policy that halted most plastic waste imports, the government launched major reforms to modernize the management of municipal solid waste. In addition to a Solid Waste Law, forty-six cities have established government-run waste collection and sorting systems that target household waste, the majority source of the informal recycling sector. Local officials are also closing down informal waste sorting and recycling networks as they are seen as undisciplined, polluting, and technologically backward. Does that mean the end of this traditional pillar of China’s recycling industry?

Our speakers shine a light on these informal workers who have managed waste in China for decades and explored how and why they are crucial to help China successfully deal with growing waste problems. Joshua Goldstein (University of Southern California) kicked off this panel by providing an introduction to China’s informal waste sector and its rapid growth during the 1990s and 2000s. Next, Benjamin Steuer (Hong Kong University of Science and Technology) discussed recent pushes to formalize waste management infrastructure across Chinese cities and the future of the informal sector. Tong Xin (Beijing University) spoke about the challenges and opportunities for the recycling sector transition in China. Chen Liwen (Zero Waste Village) provided insights into how the recycling sector in Guangdong is being reinvented after the Green Sword Policy plastic ban.

"What happened in the 1980s, of course, with the reforms, a huge number of new spaces started opening up in the cities and these spaces were huge outlets of new kinds of waste. So all kinds of stalls to buy things at, convenience stores that sold all kinds of stuff, fast food, and then a huge amount of construction—and construction obviously came with destruction—and all kinds of rebar and metals, et cetera. And these were huge waste mines, and the state run system had no idea how to deal with it. They had no experience in going out to look for stuff, or marketing, and providing services. And migrant recyclers from the countryside rushed in to fill this gap. They were poor, they were cash poor, they worked incredibly hard, they did grueling work. And at first, you would think, well this is not work that takes that much education, and it didn't, but they actually, over the years, built enormous amounts of skill and they didn’t just provide the labor for this globalizing system, they provided basically the management for it as well through their knowledge that they learned about markets, about materials, about processing. They weren’t just the workers that made the globalization of the waste trades happen—they were the managers and controllers who monopolized the global waste trade that made your single steam possible."

I think what’s one of the great breakthroughs is a recognition that the informal sector was incredibly efficient, and the reason for that efficiency was that they had a huge amount of knowledge and skill, and a network of great amount that was able to mobilize that knowledge and skill that’s invaluable and everybody needs to learn from it. I think the thing that’s been missing, and maybe still missing, is the recognition that the thing that motivates those people to do their work and have that skill is their stake in the system. That they are not proletarians, they don’t just work as service people for a company. They are entrepreneurs who do it for themselves, even if it’s just controlling the cardboard that they collect on the back of their trike or the goods in their small stall. They’re making all kinds of business decisions every day and those are the decisions that determine that this system will work as efficiently as it does. And if we try to somehow separate their knowledge from their actions and their selves and their humanity, I think we might still not be able to make the system better, more efficient, or more humane."

"Back in the peak of things, in the early 2000s, pretty much anything that had a market value was getting taken out and recycled. I mean, I think the thing that went on, was, you know, obviously, the pollution and the toxins and the fumes were horrible, but it was an incredibly efficient market. And it produced a range of materials, from really crappy stuff to really high-quality stuff that was going into, for example, the bodies of cellphones—which means that it’s very pure resin if you’re going to do that. So hand picking skilled labor can produce all kinds of really good stuff. But I think market systems, as Ton Xin pointed out, labor costs have gone up, expenses have gone up, demand has shifted in some ways, environmental regulations have cracked down, and I think it’s probably leading to certainly a lot more low value plastics ending up in the landfill."

"The key behind this [recycling] effectiveness, recovering and reclaiming these materials… would be termed the trading point system. Just think about it like a typical weekend market that you have in villages all around the globe."

I think it fits into the socioeconomic fabric, if you look at the history… this system has been extremely resilient. It’s very difficult to imagine that it just vanishes, as long as there is a value for recyclables."

"One of the major issues in China, as I feel it at least, is that there’s no neither unified nor city specific figure that’s reliable on what’s being generated, be it at the household level or the company level. There’s one interesting article from 2017 by scholars from Beijing, and they are criticizing that recyclable statistics are not collected unified but by different entities—at the city-level, for example—then they use different methodologies, which are very often low-peg, that means a lot of guess-estimation. So, they go around about a hundred shops, they visit twenty, and they extrapolate from there. So you don’t really know."

"We have already seen the national government to promote some kind of infrastructure, and industry, or planning to promote the reconstruction of the recycling sector. But we need some more efforts, at the local level, for the grassroots initiatives to involve more recyclers and the residents and the citizens. And these kinds of efforts need some kind of inclusive infrastructures, which can support new business models."

"If you would like to promote something efficiently, you have to standardize it. So, finally, when we see the forty-six waste authority program [in] cities in China, you see the standardized infrastructure. With incineration, with concentrated composting, and you can see four dust bins in every community. Our project is to show the limits of this kind of standardization. But we cannot just criticize this method, because you have to provide a baseline infrastructure first. For the many innovative business models, you need the local participation, and community cooperation. So even successful models, when you move to other communities, they don’t work."

"The fundamental baseline infrastructure, standardized infrastructure, it’s a public service to everybody first. I think it’s not the final answer, we can do better than that, if we encourage grassroots initiatives in different areas. So that’s what we want to show with our own participant programs."

"I talked with some runners, and they told me that [after the ban] they really only have three choices. One is that they either shut down their business, or they move to other countries such as Vietnam or Indonesia, or even Bangkok… The third option is turning to import virgin plastics."

"This is a very efficient commodity chain. So people connect with each other through the market… How collectors in the community know prices because everyday they send their materials to the trade markets and they get price information from the middle man. And then very quickly they react to the next step, maybe when they do collection, they change the prices… So everyday people know the changes. This is a very efficient commodity chain."

"I think one thing we need to know is the changing of the consumption of plastic in China. Because, even compared to ten years ago, not only in cities, but also in the countryside, people consume more and more plastics… I think one thing that is very stressful for me, is that, even ten years ago when I first went to the trade market, I noticed people still collect lots of plastic boxes. Even between maybe 2015 or 2016, people stopped doing that… So I think we need to see the changes of our consumption." 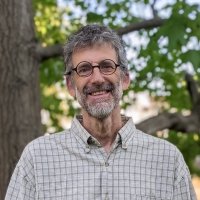 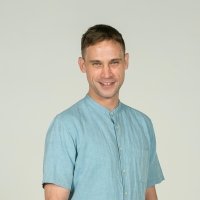 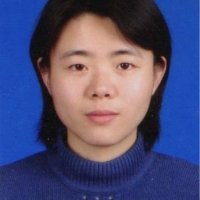 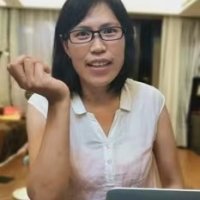 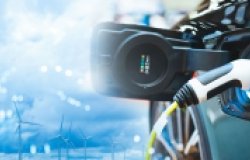 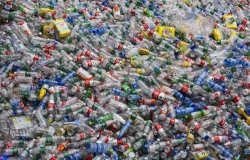