WEBCAST | Immigration and the US-Mexico Border during the Pandemic: A Conversation with Members of Congress

As the U.S. government has implemented a raft of measures to combat the spread of COVID-19, a significant number have been in the immigration arena, touching in particular on the U.S.-Mexico border. The Mexican and U.S. administrations agreed to halt nonessential travel across the border, slowing activity across a closely interconnected and vibrant regional economy. The Trump administration also has taken a number of unprecedented measures, drawing on powers given to the Surgeon General in 1944 to block the entry of foreign nationals deemed possible health risks. As a result, border officials have expelled more than 10,000 unauthorized migrants and asylum seekers through an expedited process and largely ended access to asylum during the crisis.

“Migration is still happening… Many of those folks are not abandoning their effort to come into the United States, they are coming back over and over… We’ve gotten reports that they are coming back and trying to re-enter five to six times. What does that mean? That means when they’re returned back very quickly without processing, they then become targets because of their desperation.”

“Testing is the first step, a key critical step of solving the great challenge of being able to do the contact tracing, the isolating, the quarantine. So that we are able to maintain our ability to provide health care and access to ICU and ventilators, etc. to folks to really need it.”

“We have to have thoughtful discussions that are, in my view, led by facts and by truth. And the border frequently is portrayed in a very one-dimensional way. And it’s a very complex, wonderful, magical place. I feel very fortunate to live there… and very privileged to be able to represent the border community of El Paso, Texas.”

“El Paso is different from other communities in the complexity that the border has. Ciudad Juárez and El Paso, Texas really are one community. We are one region. In many respects, there is a fluidity between the two communities because of trade, because of family ties. We share our air, we share our water, we share our history, our language, our culture, our traditions, and we’re very used to going back and forth. And we see that as an asset and a good thing.”

“Mexico is a key ally, always will be, there’s a lot of American interest and I think there should be more interest in foreign policy that really builds up our American neighbors north and south, this is especially important considering how we all seek to delink ourselves from Chinese supply chains. We seek to bolster production in places like Mexico.”

“The Mexican government under AMLO hasn’t been as friendly to foreign direct investment as maybe we would like. The potential for the nationalization of energy resources being some indication of that, but let’s work with that, let’s work with them on security.”

“I’m optimistic with Texas and getting the border and our economic trade back to normal sooner rather than later.”

“There needs to be a public-private partnership that’s how you do sample-sized testing, if you have a company or factory with a lot of people crammed in there together lets sample test a few workers there per week, that would be an example of a good strategy to make sure that we are identifying outbreaks early, that’s how the new normal looks like going forward.” 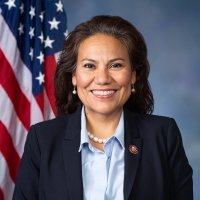 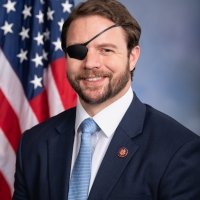 Member of the House Homeland Security Committee and Ranking Member of its Oversight, Management, and Accountability Subcommittee