WEBCAST: From Sea to See -- How Satellites Can Help Identify and Combat Plastic Marine Debris

A recent Pew Charitable Trusts and Duke University report estimated that under a business-as-usual scenario, by 2040 plastic pollution entering the ocean will triple from about 11 to 29 million metric tons each year.

The plastic leakage problem is big, but most statistics like these on plastic pollution in the ocean are based on theoretical estimates or fragmented sources rather than observed data. Analyses from plastic industry and scientific literature vary greatly, resulting in large uncertainties and frequent inconsistencies on the scale and flow of plastic pollution. Understanding the true extent of plastic pollution and its impacts requires reliable and scalable ways of collecting data.

This meeting featured 5 speakers who are members of the technical committee responsible for guiding the development of the Minderoo Foundation-supported Global Plastics Watch platform. They shared their stories and discuss their work to harness the latest advances in remote sensing satellites and artificial intelligence to enable continuous, near real-time global monitoring of plastic pollution on land and at sea, as well as the impact this work and similar initiatives could have in the fight to reduce plastic marine debris.

“Plastic is not a developing world problem, it’s not a Southeast Asian problem. I found plastics just as easy in Canada as I did in Vietnam. The Elbe river in Germany emits 800 tons of plastic into the North Sea every year. If we don’t work together, we will not be able to solve the plastic pollution problem. This is a democratizer and this is an issue that we all need to look at together.”

“I really hope this work can serve as a platform for other people to take it forward and do great things based on it. Now we are able to look at it with greater efficiency and greater meaning; because I believe that what Minderoo is going to do is…an absolute game changer.”

“Of course we know that once the plastic is in the ocean, the battle is essentially lost because plastic ends up in places where it is almost nearly impossible to clean up. The plastic is then left to go and severely impact marine wildlife—we’re talking about like 100,000 marine mammals being killed every single year and over a million seaweed getting poisoned by plastic being in the ocean.”

“We use satellite imagery because we know that it is a low-cost, credible, consistent and globally comparable source of information and so the theory is that if we can detect plastic in a particular place here in Indonesia and stop it before it gets into the ocean, that’s an approach that we believe is completely scalable.”

“The goal here is to use all those data, bring them together in a data-driven decision support tool to essentially allow us to track from production, all the way to pollution. And the type of impact that we want to be able to measure our success against is—for example—being able to inform enforcement because we will be able to tell you in near-real time where there are some of those illegal, informal plastic waste dumpings all over the world.”

“A major obstacle to effectively addressing this issue is that most information available about ocean plastic pollution is based on theoretical estimates rather than observed data.”

“I think there are three main things we could do to push the ball forward as far as creating data and better understanding this[plastic waste]  issue. The first would be harmonizing collection methods and reporting metrics; the second would be coordinating investment approaches to support infrastructure development and keep market innovations which include building a platform that Minderoo Foundation is building; the third one is to make this a big tent inclusive effort through leveraging the role of participatory education. In other words, promote citizen science, collect data and ground truth verified images and embrace tenants of open data as a means to enact or elicit civic hacking, to visualize, vitalize and utilize the findings we find through this analysis.”

“[Our work detecting land-based sources of plastic pollution] is an important part of the problem because if we’re able to understand the terrestrial component, then we might be able to stop the plastics at the source before they get into the ocean and cause these downstream consequences.”

“We are excited to be able to expand it more, improve the specificity and sensitivity of the model, as well as run it on the whole world. Scale it up to be able to have a platform that every two weeks can monitor the entire globe to detect the location of plastics and how that changes over time.”

“[At NOAA] we’re more of an operational unit which is a really important component of how we take some of the work that you’ve seen and put it into an operational context such that the information is usable and it’s actionable.”

“NOAA has recognized that [derelict nests] are a problem too, particularly in atoles in the northwest Hawaiian islands because what happens at high tide is that these nets can float into atoles over the back reef and at low tide they will snag on the corals and remain stagnant and damage the environment. So every one to two years NOAA will conduct large-scale debris removal efforts out of these atoles.”

“As we continue to achieve success in the detection of these derelict nets, and there are NGOs or government agencies or private-sector companies that can remove them from the water, they will be upcycled. There’s companies like ByFusion and Adidas who plan to take these nets and upcycle them: turn them into athletic gear, turn them into turf, and make sure that it's reused and doesn’t become garbage that ends up in a dumpsite.” 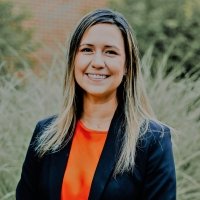 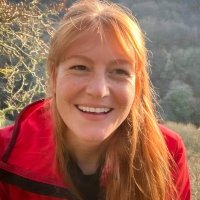 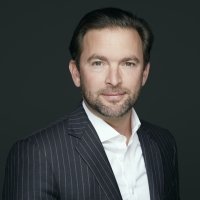 Director, Technology and Innovation for Minderoo's No Plastic Waste initiative 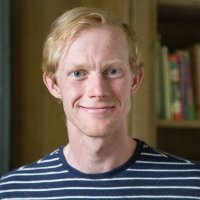 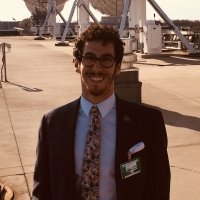 Foreign Affairs Officer at the United States Department of State