WEBCAST: U.S.-Russian Relations in the Time of COVID-19

As the United States and Russia struggle with the impact of the coronavirus at home, questions arise over how the pandemic may influence the relationship between the two countries. From disinformation to oil supplies to sanctions to shifting regional alliances, the crisis has the potential to impact a variety of issues relevant to U.S.-Russian relations. Ivan Kurilla, Rajan Menon, and Oksana Antonenko addressed these questions in this panel.

Ivan Kurilla began with a relatively positive assessment of the pandemic’s impact on the bilateral relationship,

proposing that it offers an opportunity to improve mutual trust and perceptions. He highlighted that there are multiple levels of US-Russia relations, the most visible of which being the interactions between Presidents Trump and Putin. While the latter appears positive, Kurilla stated that general relations prior to the pandemic remained poor due to mistrust and misunderstanding and suggested that – already – the coronavirus has caused a shift in mutual perceptions. He also stated that, while its allies may see US power declining during the pandemic, President Putin continues to view America as the world’s great power, and creates a foreign policy based on this understanding.

Rajan Menon expressed a more pessimistic outlook, arguing that the pandemic will have minimal impact on US-Russian relations. He stated that regardless of how the coronavirus plays out, both countries will still have to face the same challenges – the Ukraine crisis, nuclear flash points in Iran and North Korea, the militarization of space, and the possible expiration of the New START treaty – as either adversaries or partners. Both the US and Russia will see their capacities depleted, Menon said, but Russia’s economy will be hit particularly badly if the epidemic spreads significantly out of Moscow and unemployment grows. Rather than an opportunity for cooperation, he suggested that the pandemic has given rise to a global blame game between the US, China, and Russia.

Oksana Antonenko took the middle ground, arguing that while we are unlikely to see major transformations in the US-Russia relationship, the pandemic will still be transformational in some ways. She highlighted how, prior to the COVID-19 outbreak, both countries were proponents of unilateralism, but in the current circumstances are having to reassess their attitude towards international cooperation. Both the US and Russia, Antonenko highlighted, are seeing varying degrees of tension between central and regional authorities. Antonenko also suggested that the impact of the pandemic on US-Russia relations depends, in part, upon the upcoming November presidential elections since Russia could decide to return to its intrusive 2016 disinformation tactics.

All speakers acknowledged that China plays a major role in the US-Russia nexus, particularly in the spheres of arms control and the global balance of power. 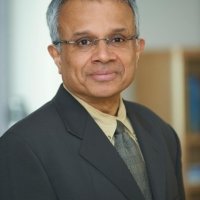