What Did Secretary Blinken Achieve in South America?

During the first week of October, U.S. Secretary of State Antony Blinken traveled to South America to meet with the presidents of Colombia, Chile and Peru. They discussed migration, economic growth, climate change and democracy. He also lead the U.S. delegation to the Organization of American States General Assembly in Lima. In this Twitter Space, our Wilson Center experts discuss the outcomes of the secretary’s trip.

“I felt very much that there was a collective sigh of relief among traditional politicians, the private sector, that the visit seemed to have gone smoothly. This was reflected in a lead editorial in El Tiempo, Colombia’s main newspaper, yesterday, that U.S.-Colombian relations remained solid, they were healthy, there were understandable differences on the approach to counter narcotics, but that after Blinken left, there was a sense that Petro was not simply upsetting the applecart and that everything that had gone before was going to be disrupted.”

“The Castillo administration, in spite of all of its internal turmoil, was able to show the rest of the region that it could pull off another one of these large-scale meetings successfully. And I think it really bolstered, to some extent, Castillo’s image in the region. Because the opposition in Peru has been especially short sighted confrontational. They organized very reactionary conservative groups organizing marches in front of the OAS, against some of its more progressive liberal stands, denying the president authorization to travel to visit the European Union and the Vatican in the middle of the OAS meetings. And I think that is only helped Castillo in the sense that the Peru administration is on the side of democracy and human rights.”

“It was a good opportunity to sort of relaunch the bilateral relation and put an emphasis on tangible goods, which, as you said, are renewable energy, trade, and investment. I would also add to that, the importance of human rights enforcement, which is a key part of Gabriel Boric’s foreign policy authority, overall. Foreign Affairs Minister Antonia Urrejola, she’s a former Inter-American Human Rights Council member of the OAS, put a lot of emphasis on being a modern left wing, which is very respectful of human rights and puts a lot of emphasis on strengthening democracy.” 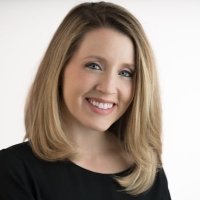