This Wilson Policy Briefing discussed how sanctions against Russia are impacting global financial markets and financial institutions, including the role of cryptocurrency in averting international pressure. In response to Russia’s invasion of Ukraine, the United States is leading coordinated efforts to cripple Moscow financially.

As a growing amount of nations and corporations deny a number of Russian financial institutions access to SWIFT, and other payment methods, Russia’s challenge will be to seek alternative methods to conduct transactions. Moderator Shihoko Goto, the Wilson Center’s Deputy Director for Geoeconomics, spoke with former U.S. Executive Director of the IMF Meg Lundsager and Marco Dell'Erbra, Wilson Center Global Fellow, about Russia’s access to financial markets and its position in international financial institutions as well as the limitations of crypto in averting sanctions from the international community.

Meg Lundsager: How effective have the sanctions against Russia been?

“The sanctions that have been imposed by Western governments are dramatic and were escalated quickly over the weekend—last weekend. And so, we’ve seen Russia’s access to a good chunk of its foreign exchange reserves, its dollars, its euros, accounts abroad, frozen. So, they cannot access them. So, because of that, and the impact on the ruble, as you said, they have raised interest rates, they have also imposed exchange controls, limiting how Russians can send money outside the country to pay for some of their foreign obligations. They’ve also imposed an exports surrender requirement saying that 80% of all export receipts have to be converted to rubles within Russia so that they can have an increase in the foreign exchange reserves. And so, it has had a pretty dramatic impact in terms of limiting Russia’s ability to easily access its usable currencies in the rest of the world.

With that said, it hasn’t completely frozen them out of global financial markets, they have foreign exchange that is denominated in Chinese renminbis that can pay for trade with China. They have gold reserves, and the gold is physically in Russia. They made sure to move it out of any foreign gold depositories around the world, so it is all back in Russia. Of course, selling gold is not something easily done and if they sell gold, whoever’s buying it is going to want to have it in their own depository, in their own country so that is not an easily usable immediate reserve.

But basically, our sanctions exclude payments for oil and gas. And so, that should allow Russia to continue getting the most of its foreign exchange receipts and the reality is that the sanctions have had a secondary impact of refineries being worried about buying Russian oil or gas and falling afoul of U.S. sanctions and other sanctions—so it’s already having a chilling effect on the market, even if supposedly some of those transactions are not sanctioned. We’ve seen impacts already on global pricing. Russia is also a big exporter of wheat, as is Ukraine, other grains and some basic rare earths that are important in the production of the semi-conductors and catalytic converters. So, we are going to see impacts from that on the real economy, but for right now, Russia pretty much is frozen out of the Western financial system. That doesn’t mean they can’t engage in trade at some levels and can’t access some payments, but it’ll be much more difficult and much more expensive.

As far as internally, in Russia, they have protected their domestic system, they have a domestic payment system, their domestic debt is not that high, they’ve paid a lot of it down. They’ve converted foreign exchange debt into domestic debt, and they have plenty of cash on hand. The central bank built up its physical cash of euros and dollars knowing that Russians, any time they’re nervous, they convert their deposits to cash, which we’ve seen. You know, the lines of the ATM machines. So, the central bank was well, prepared for that. So, the impact of the sanctions will be severe. I think that will build over time, but the reality is that hasn’t turned Putin around.”

Marco Dell’Erba: Why cryptocurrency regulation is necessary to strengthen the impact of sanctions on Russia

“Sanctions work because there are certain financial actors that enforce them. And the pre-technological disruption era, the financial system relied mostly on banks enforcing somehow rigorous control in terms of anti-money laundering and 'know your customer' rules when it came to scrutinized regional transactions and potentially block them and report them to the governments. The spotlight has changed with a lot of crypt exchanges that are regulated and then other crypt exchanges that are not regulated and might have some connections with the dark web. So, beyond the problem of this massive quantity of money, I would say that crypt exchanges could be used to move, if not the all amount of 24 billion, at least a significant part within time—within a certain median time horizon.

And, if I can add something, this crypt exchanges remain the main unsolved issue, exactly like market infrastructures are essential in traditional economy for developing it and making it efficient and strong. Crypt exchanges are the market infrastructures within the crypt economy. So, the fact that there are still unregulated, in particular the centralized ones, is a reason of concern and I’m not surprised that Christina Lagarde called for a rigorous regulatory action, at least in Europe, looking at the European Union, that already started to think about a potential regulation for the markets in crypto assets in 2020. And at the time, the geopolitical threat was represented by Libra issuing a global stable coin and the European Union was very much concerned about the implications. Now there is a new geopolitical threat, a war that could accelerate the process towards full regulation of market infrastructures for the crypt economy. Also, to avoid the possibility that there might be some ways for the oligarchs to circumvent the sanctions.” 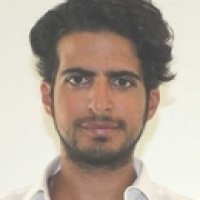 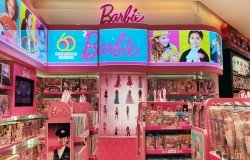 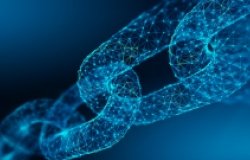