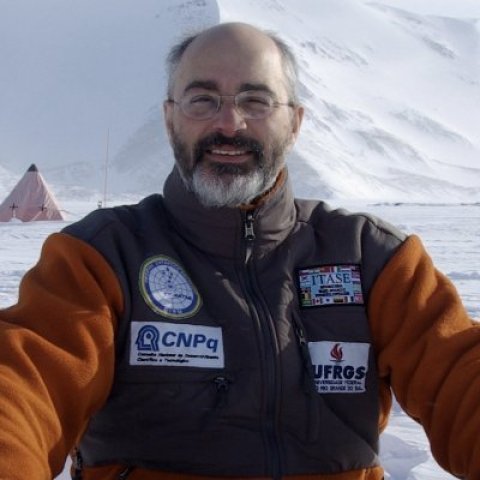 Jefferson Cardia Simões is a professor of glaciology and polar geography at the Federal University of Rio Grande do Sul (UFRGS) in Porto Alegre, Brazil, and adjunct professor at the University of Maine’s Climate Change Institute. He is the general coordinator of the Brazilian National Institute for Cryospheric Sciences. He is a graduate of UFRGS in Geology and received a PhD in glaciology from the Scott Polar Research Institute at the University of Cambridge. He is also a full member of the Brazilian Academy of Science and presently serves as a vice president of the Scientific Committee on Antarctic Research (SCAR) of the International Science Council.

Publication
Environment
The White Continent and South America: Climate Change, Global Policy, and the Future of Scientific Cooperation in Antarctica (No. 41)