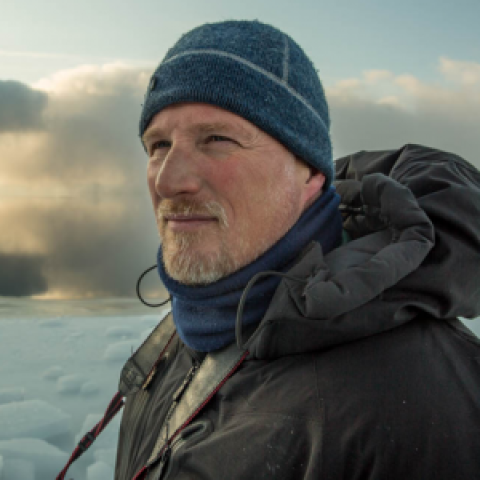 Paul Nicklen grew up in the Canadian Arctic, making him uniquely qualified to create a brand of documentary photography that informs and creates an emotional connection with wild subjects in extreme conditions. His work delivers audiences to an underwater realm witnessed by few. And his work has garnered more than thirty of the highest awards given to any photographer in his field, including the BBC Wildlife Photographer of the Year and the prestigious World Press Photo for Photojournalism. In 2018, he received an Honorary PhD from the University of Victoria, in British Columbia. He was also named one of National Geographic’s Adventurers of the Year and was inducted into the International Photography Hall of Fame. In 2019, he received the Order of Canada, one of the highest honors in his country, recognizing a lifetime of outstanding achievement, dedication to the community, and service to the nation. As a cofounder of the nonprofit SeaLegacy, he is opening a fresh, progressive chapter in the story of ocean conservation.