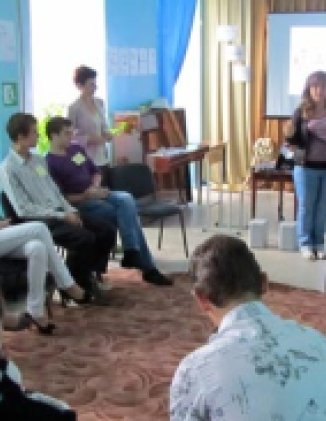 Mary Elizabeth Malinkin: During your Fulbright scholarship you have been looking at the most current thinking and methods of social enterprise in the U.S. and Ukraine – what are some of the main differences you found?

Kateryna Smagliy: Social entrepreneurship is a very new trend in Ukraine. Unfortunately there are only about 50-100 social entrepreneurs that have gotten started in the last few years. There have been a number of projects supported by foreign donors to promote the development of social entrepreneurship, but organizations that work in this field are still very young and inexperienced. Many non-profits in Ukraine would be interested in using social enterprises as an additional revenue stream to support their advocacy activities, so I looked at how non-profits and social enterprises work in the U.S. I realized that the American system is more advanced and that the U.S. enterprises have moved beyond the local level and are going global. They are simply businesses with a very strong social impact and social mission whereas in Ukraine, such enterprises mostly work on the local level and still have to learn—not only how to make a business or social enterprise successful— but also the managerial skills for how it can be done.

Is the non-profit sector developing in Ukraine in a similar way as in the U.S. or is it taking a different path?

The challenges that currently face U.S. and Ukrainian non-profits are totally different. Ukraine is still a developing democracy, and thus the agenda of our NGOs is more in the field of human rights, promotion of democracy, and fair elections. Our NGOs are mostly funded by foreign organizations that are interested in these particular issues. In countries like the U.S. where democracy has already been established for centuries, non-profits are more focused on the provision of social services to local communities and vulnerable groups, and the agenda moves slowly from pure advocacy towards service provision.

What is your overall assessment of NGOs in Ukraine at this time?

I think the biggest problem with Ukrainian NGOs right now is related to the lack of “constituency.” American NGOs typically employ a great number of volunteers, provide a lot of social services, and they have great clientele at the local level. Ukrainian NGOs mostly consist of 2-3 people who serve as experts and intermediaries between the foreign embassies who fund them and the government. They are more focused on advocacy, lobbying, and expert opinion. But to develop real civil society in Ukraine, we need organizations that will be based on a vast number of supporters, a vast number of clients. To broaden their public profile, our non-profit organizations will have to rely more heavily on social media, they must actively utilize their pages on Facebook, and actively inform Ukrainian society about their projects, both their successes and failures. They also must encourage young people and the great army of retirees, who have time and can volunteer their professional experience, to become active in community development. It shouldn’t be a matter of civil elites or what one expert recently called an “NGO-ocracy”—an oligarchy of professional non-profit leaders who are “grant-eaters” and just take money from foreign donors to organize trainings, roundtables, conferences, and produce a few manuals. This type of activity doesn’t automatically lead toward greater involvement of the general public in their daily activities. In other words, Ukraine’s non-profit organizations need to work on involving more volunteers into their daily operations and increase the number of individuals who will benefit from social, cultural, legal or advocacy services provided by NGOs. This will help to establish closer bonds between NGOs and society and strengthen society’s trust in nonprofits.

Are some non-profits in Ukraine funded by the Ukrainian government?

Before the financial crisis local communities provided grants to local NGOs. We noticed though that sometimes the terms of these open grant competitions were not specifically supportive of openness and transparency. Sometimes we could see that so-called non-profit organizations were established by individuals in government, and for them it was just a way to siphon state funds from the government to non-profits that they established themselves, and this of course has nothing to do with the development of civil society. Unfortunately we still have a lack of transparency in the process. Procedures at the local level should be improved.

What about wealthy Ukrainians? Are there examples of successful NGOs that they sponsor?

At present we have a lot of charity foundations that have been established by wealthy Ukrainians. Some of the most prominent are Rinat Akhmetov’s Foundation “Development of Ukraine,” the Viktor Pinchuk Foundation, Arseniy Yatsenyuk’s “Open Ukraine” Foundation, and the Klitschko Brothers Foundation. The major criticism of various philanthropic organizations which have been mushrooming in Ukraine for the last few years is that sometimes they are used for political means. This was especially the case on the eve of the parliamentary elections in 2012. The OSCE cited direct bribery of voters as well as violations of electoral law in their report. It is very difficult sometimes for voters to distinguish between pure charity work and charity work that is done to promote a political candidate. Hopefully some changes will soon be introduced into the Ukrainian law on philanthropy to prevent this improper use of philanthropic activities.

Is there new legislation on philanthropy in process?

The president has recently signed into law the legislative bill which was adopted by the Verkhovna Rada in July 2012 “On Charity and Charity Organizations.” Article 3 of this law clearly states that the use of charity foundations for political purposes and support of political candidates is prohibited. That is, by the way, one of the reasons why the law was signed after the October 2012 parliamentary elections, i.e., in February 2013 as opposed to July 2012, when it was adopted by the parliament.  But we hope this new law will help our charity foundations focus on their mission and raise professional standards.

Based on your research during your grant, what recommendations do you have for Ukrainian legislators and local authorities for developing the non-profit sector and social enterprise?

It has become clear to me that in the U.S., non-profits work in a totally different legislative environment. To the best of my knowledge, there are no incentives or tax benefits, which are enjoyed by social enterprises. They work as businesses with a social mission. Unfortunately in Ukraine, if we look at the whole spectrum of social enterprises, the lion’s share of them are set up by non-profit organizations, and thus they cannot be directly involved in the commercial sector. But because their business skills are so bad, sometimes they are not successful in making a profit—they just have a guarantee of very basic funding. Some legislative bills on social entrepreneurship have already been tabled by the Verhkovna Rada, but if they were adopted, these laws would legitimize the very concept of social entrepreneurship in Ukraine. Right now there is no such a term—we don’t know how these enterprises work.

How would such bills help if they were passed?

If they were passed, they would help, but not much. In addition to the legislative framework you also need economic incentives to encourage businessmen to establish social enterprises. Social enterprises will not necessarily be as competitive as other types of companies because they typically employ a lot of vulnerable people – the homeless, people with HIV/AIDS, single mothers, etc., and sometimes it’s much more difficult for a social enterprise owner to make the same profits as a company that is not focused on social aims. But I don’t think that the legislative vacuum is a major impediment to development of social entrepreneurship in Ukraine— the overall business climate and lack of rule of law are more significant obstacles. The courts are not independent and businessmen are often under great pressure in unstable conditions. It’s very difficult for a regular business to survive in Ukraine, not to mention social enterprises. In order to ensure that social enterprises will flourish in the future, we need to improve the overall business climate in the country. 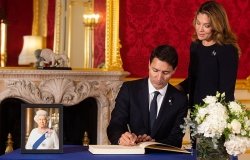 Article
Society and Culture
Infographic: How is the British monarchy connected to Canada?
By Caroline Boda on September 19, 2022

Blog post
Society and Culture
The US is the World's Fourth Largest Spanish Speaking Country
By Ambassador Mark Green on September 6, 2022 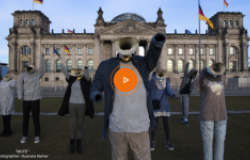