Enticed By the Wind: A Case Study in the Social and Historical Context of Wind Energy Development in Southern Mexico 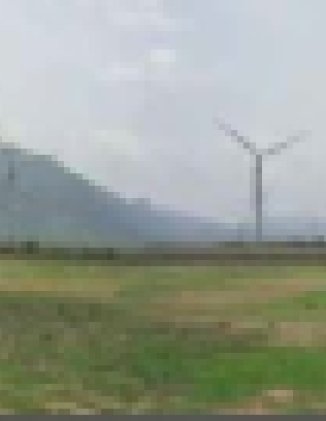 Wind energy is closely related to a myriad number of pressing social, political, and economic concerns. “Mexico has already set ambitious targets for renewable energy, stipulating that green power must make up 35 percent of the country’s generation by 2026,” reported The Financial Times in late 2014. However, it was only in 2009 that the industry itself began to pick up speed. As one report explained that year, “After years of spinning wheels, renewables in Mexico are ready to forge ahead.” Former President Felipe Calderón, two years into his six-year term, positioned his own political legacy firmly alongside the future of renewable energy. While prior to 2006, the renewable energy industry was at a standstill “aside from large hydropower construction,” it was with the backing of Calderón that the industry really picked up steam. Impediments to growth included the “federal power utility” the Comisión Federal de Electricidad which translates as the Federal Electricity Commission (hereafter will be referenced by its Spanish acronym CFE) which “seemed less than interested in competition from independent power producers, such as wind farms,” as well as a “renewable energy law” that “lingered in the national assembly for more than three years…leaving the country without a comprehensive legal framework to encourage renewables investment.”

Today, wind energy technology has evolved. The Mexican wind energy sector is expanding with parks popping up across the country. While many see the growth of wind energy as the inevitable next step in a progressive approach to green economic development, it will only succeed if and when the social and the natural landscapes of new projects are considered in concert. This paper is a case study in the social and historical context of wind energy development in southern Mexico. The paper argues that wind energy on the Isthmus of Tehuantepec has produced far more than mere electricity. Like other kinds of large-scale energy or infrastructure projects, the arrival of wind turbines also brings worldviews into conversation. Windenergy projects and developers identify nature as a resource for human use while many residents of the Isthmus of Tehuantepec see their windy world through quite a different lens. While difficult to pin-down, istmeños have engaged with the land in productive partnership that carries with both their history and spiritual qualities. In order to dispel current tensions and rectify mistakes made in the path forward, a critical rethinking of this kind of sustainable development is urgently needed.

Publication
Energy
Renewable Energy in Mexico: Policy and Technologies for a Sustainable Future
By Duncan Wood 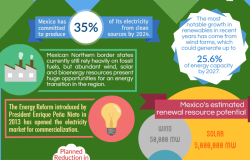