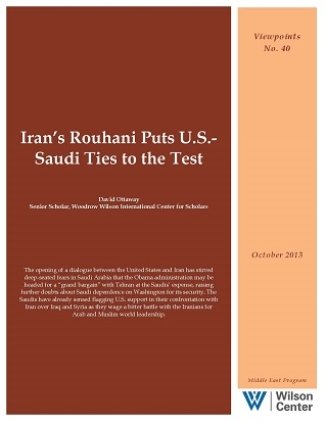 The opening of a dialogue between the United States and Iran has stirred deep-seated fears in Saudi Arabia that the Obama administration may be headed for a “grand bargain” with Tehran at the Saudis’ expense, raising further doubts about Saudi dependence on Washington for its security. The Saudis have already sensed flagging U.S. support in their confrontation with Iran over Iraq and Syria as they wage a bitter battle with the Iranians for Arab and Muslim world leadership.