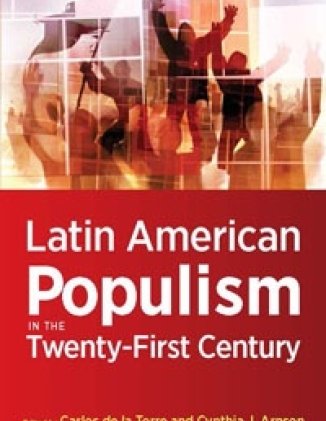 Venezuela's Hugo Chávez, Bolivia's Evo Morales, and Ecuador's Rafael Correa have brought the subject of Latin American populism once again to the fore of scholarly and policy debate in the region. Latin American Populism in the Twenty-first Century explains the emergence of today's radical populism and places it in historical context, identifying continuities as well as differences from both the classical populism of the 1930s and 1940s and the neo-populism of the 1990s.

Leading Latin American, U.S., and European authors explore the institutional and socioeconomic contexts that give rise to populism and show how disputes over its meaning are closely intertwined with debates over the meaning of democracy. By analyzing the discourse and policies of populist leaders and reviewing their impact in particular countries, these contributors provide a deeper understanding of populism's democratizing promise as well as the authoritarian tendencies that threaten the foundation of liberal democracy.