Mali: The Time for Dithering is Over 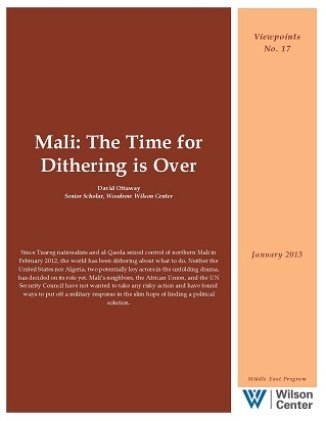 Since Tuareg nationalists and al-Qaeda seized control of northern Mali in February 2012, the world has been dithering about what to do. Neither the United States nor Algeria, two potentially key actors in the unfolding drama, has decided on its role yet. Mali’s neighbors, the African Union, and the UN Security Council have not wanted to take any risky action and have found ways to put off a military response in the slim hope of finding a political solution.