Migrant Smuggling and Trafficking at the Rio Grande Valley: Ten Observations and Questions 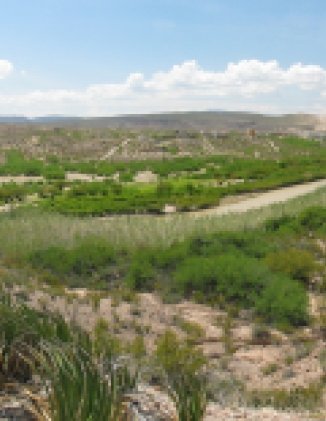 In the scorching heat of a late summer day on the U.S. – Mexico border along the lower Rio Grande Valley (RGV) I had a revelation. Migrant smuggling and trafficking along this difficult part of the border lands is a constantly changing business. Despite involving human lives, smuggling and trafficking are fundamentally a business, albeit a deplorable one, that responds to a complex series of factors – some legitimate, others less so. As a result, the dynamics around these factors are constantly in flux and what we think we know today, maybe different a month, or a year from now.

That’s why I was lucky to be traveling with Dr. Guadalupe Correa Cabrera, a recently appointed Wilson Center Fellow and a tenured professor at the University of Texas – Rio Grande Valley. She is one of a handful of academics that has studied the phenomenon of Central American migration from the field. She has conducted hundreds of interviews of migrants, shelter operators, religious workers, experts, and government authorities from the origins of migration in the Northern Triangle Countries of El Salvador, Guatemala, and Honduras, along the difficult trek north through Mexico, and the final perilous push into the United States.

For the past 18 months Dr. Correa Cabrera has tried to piece together the reasons Central American children and families have set out on this risky journey; what routes they have taken, and their experiences along the way

Dr. Correa was the recipient of a State Department grant to study Central American smuggling and trafficking along the Gulf Coast routes of Mexico. For the past 18 months she has tried to piece together the reasons Central American children and families have set out on this risky journey; what routes they have taken, and their experiences along the way. She has wrestled with how the smuggling business works, how and why migrants rely on smugglers, and examined, as much as possible, the extent to which migrants are caught up in forced labor, including forced criminal labor, and sexual exploitation. It’s incredibly risky work that requires enormous personal courage, resolve, and confidence; all belied by her diminutive stature, and exceedingly polite, cheery nature.

So I did not hesitate when Dr. Correa invited me to accompany her for a last round of interviews along the RGV to confirm impressions and test her hypotheses developed from earlier research. She is an expert on organized crime in Tamaulipas, Mexico, so I figured there could be no better guide to examine this mysterious and little understood world of Central American migration and its connections to organized crime.

The following are my observations based on interviews conducted between September 17 and 22 in twin cities on both sides of the U.S.-Mexico border: Brownsville/Matamoros; McAllen/Reynosa, Laredo/Nuevo Laredo. While these are my tentative observations they have been vetted with Dr. Correa. As you will see, I still have more questions than answers. If you wish to share your insights and analysis please send comments to eric.olson@wilsoncenter.org.